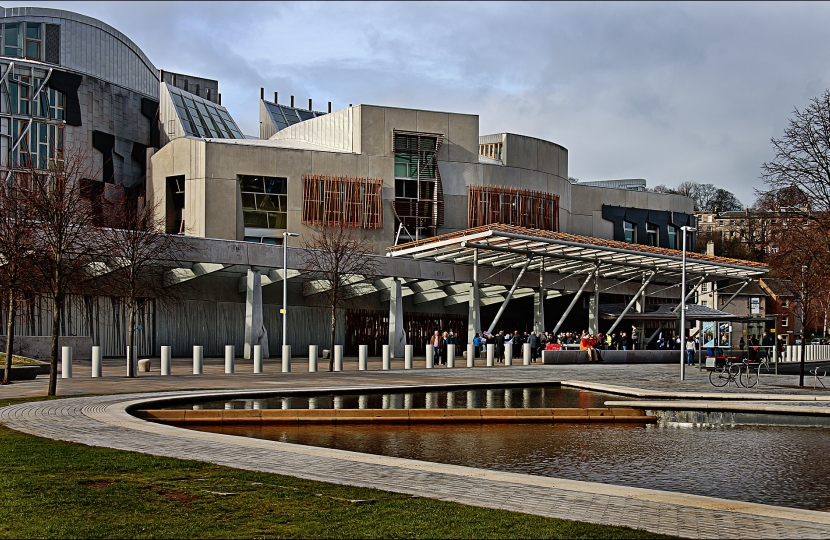 THERE was an enthusiastic welcome to Scottish Conservative leader Ruth Davidson when she spoke at the party's spring conference in Aberdeen earlier this month after returning from maternity leave.

She set out a positive achievable agenda for a stronger, better Scotland, within the UK, instead of the constant agitating by the SNP Scottish Government for independence, which has caused both uncertainty and division across the country.

The last few years have been difficult across the UK and overseas and many of my constituents in Tweeddale and beyond tell me they want to see the country move on and start a new chapter, free from repeat referendums be they Brexit or independence.

Ruth is setting out a route map to bring a wind of change to Scotland and has my full support.

Her obvious ambition is to replace Nicola Sturgeon as First Minister after the next scheduled Scottish Parliamentary elections in 2021 and I firmly believe she has the qualities to steer the nation in a better, fairer and more prosperous direction.

As official Leader of the Opposition at Holyrood, Ruth is determined to hold the SNP Government to account and is also up for the daunting challenge of trying to persuade some current Holyrood Ministers to take on board some of the Scottish Conservative progressive ideas.

In her speech, she said: "Our message is that we can prosper now. That we can back our businesses, build up our institutions and give future generations the skills to take on all comers."

Ruth accused Nicola Sturgeon of searching the horizon, even on sunny days, to find a dark cloud … then blaming it on Westminster!

And Ruth also rightly praised her deputy, Jackson Carlaw, MSP, for his fantastic work in scrutinising the SNP Government during her absence.

I speak to Ruth regularly and know after her absence she feels refreshed and ready for the challenges ahead, such as improving education, the NHS and transport infrastructure.

She is also very focused on the Scottish Borders and Dumfries and Galloway, our unique economy, issues and aspirations.

I look forward to welcoming her again to the constituency soon.