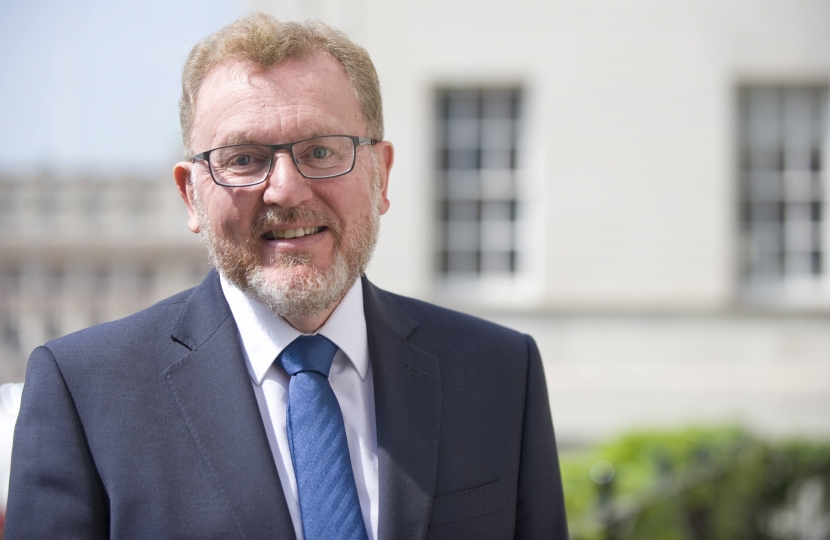 AS I write, Brexit still dominates the news.

Things might have changed by the time you read this -- but if we are still seeking a way forward I’ll be every bit as frustrated as most people are with the situation we’re in.

I’ve been clear throughout the Brexit process on where I stand. I want us to leave the EU in an orderly fashion.

That’s why I have been a strong supporter of the deal the Prime Minister agreed with the EU.

It respects the result of the UK-wide referendum in 2016. It creates a transition period which provides the certainty businesses have demanded. It protects citizens’ rights. And it paves the way for negotiating a close future trading relationship with the EU.

I accept there are concerns about it and we have not managed to win a parliamentary majority for the plan. But, so far, MPs have failed to spell out what they would support.

I’ve been deeply disappointed with the events of the past week. We need compromise – but all we’ve seen is politicking.

Labour are motivated by their desire for a general election. As for the SNP, they just want as much chaos as possible in the hope it will increase support for another independence referendum.

I remain firmly opposed to two of the things they are demanding.

A second Brexit referendum would cause serious damage to our democratic process and undermine people’s faith in politics. I’m also very clear we shouldn’t simply revoke Article 50 – cancel our intention to leave the EU – while we consider other options.

I’ve voted for the PM’s deal at every opportunity and like my cabinet minister colleagues I’ve abstained on alternative plans – for the simple reason we back the deal.

I’m frustrated we did not leave the EU on March 29 as planned. But I promise you this: I remain determined to get this sorted and deliver a Brexit that works for all of us.

You can read this article and others in my regular newspaper columns across Dumfriesshire, Clydesdale, and Tweeddale.