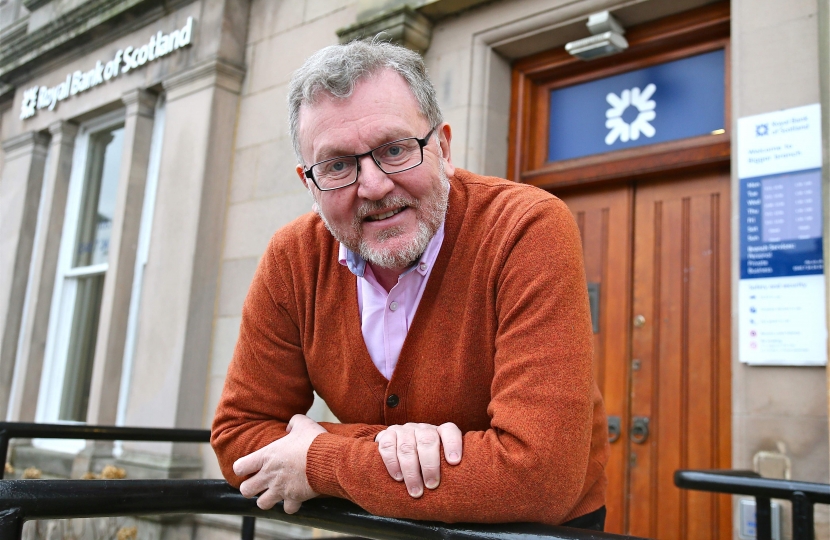 A SUDDEN closure at the RBS branch in Biggar was only temporary, local MP David Mundell has been told.

The Clydesdale representative was given the assurance after he was contacted by worried constituents in the South Lanarkshire town.

Customers became concerned when a poster appeared on the door explaining that the bank would not be opening for business as usual.

They feared the move heralded the end of the branch -- more than year after it was given a reprieve after being listed on a controversial RBS closure list.

He has now received reassurance from Michael Crow of the RBS Corporate Affairs department, who states any closure was a temporary response to the coronavirus crisis.

Mr Crow explained that the Bigger move was due to staffing issues caused by the Covid19 outbreak and that extra coaching was being made available in online and mobile banking.

He added: "Most branches are now operating on reduced opening times."

David Mundell said: "The reaction demonstrates just how much the branch in Biggar is valued, especially at a time like this when people are being urged not to travel.

"I welcome the prompt reassurance that RBS has given and will encourage them to revert to normal hours as soon as circumstances allow."