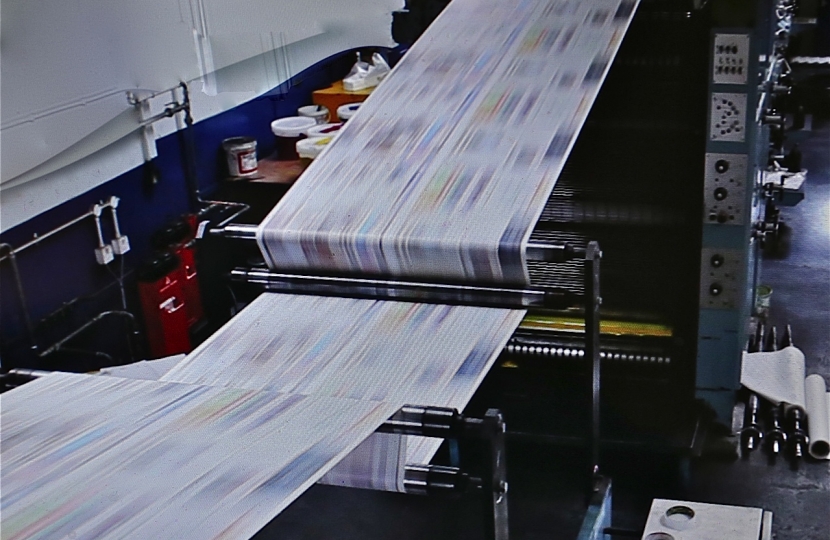 DUMFRIESSHIRE MSP Oliver Mundell has congratulated the team at Sanquhar-based community newspaper, The Nithsdale Times, on producing their 100th edition.

The fortnightly publication, which covers Mid and Upper Nithsdale, was launched by the Sanquhar Community Council in May 2015 and is based in Sanquhar's historic Toll Booth.

On alternative weeks the area is served by a second community newspaper, the KKS News (Kirkconnel, Kelloholm and Sanquhar News).

The KKS News, which celebrates its 100th issue in the summer, is published from offices in Kirkconnel by the local heritage society.

The largely volunteer-run publications co-operate to ensure the wide rural area continues to be served by a local newspaper on a weekly basis.

They filled the gap left by traditional local newspapers, which had ceased publication.

Oliver Mundell said: "I know from my regular visits to Mid and Upper Nithsdale how much my constituents appreciate being served by two community-run newspapers, between them providing an extremely valuable service.

"Producing newspapers to tight deadlines is hard work and I would like to congratulate everyone at the Nithsdale Times on reaching their 100th issue.

"I believe, despite social media, that local newspapers remain an important ingredient in pulling communities together by accurately informing residents of what is going on in their own neighbourhoods."

Meanwhile, local MP and Scottish Secretary David Mundell, added: "Local newspapers are a living, physical record of the areas they serve, presented in a reader-friendly way, which, in the case of the Nithsdale Times and the KKS News, have a fantastic readership reach into local households."