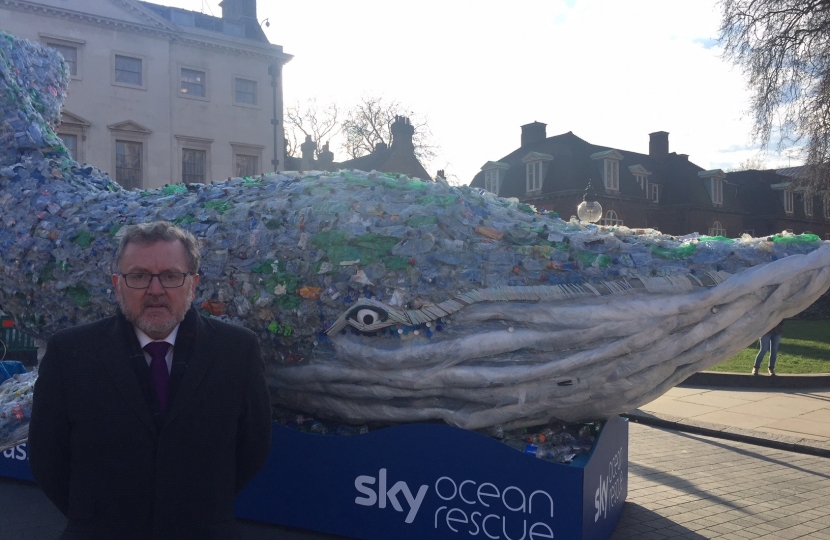 The MP has joined hundreds of his colleagues urging people to take action against plastic which is damaging our oceans.

The campaign calls on people to Pass on Plastic by taking simple actions including using bags for life, giving up plastic cutlery, buy loose fruit and veg and drinking out of refillable water bottles.

Pledging his support, Mr Mundell said: “I am delighted to join the campaign by Sky Ocean rescue to pass on plastic along with fellow MP’s and look at ways I can reduce my own plastic consumption.

“It is extremely worrying to know that five trillion pieces of plastic can be found in the world’s oceans with eight million tonnes more ending in our oceans every year.

“We can all do our bit to help alleviate this situation and that is why I have pledged to Pass on Plastic and encourage others to do the same.”