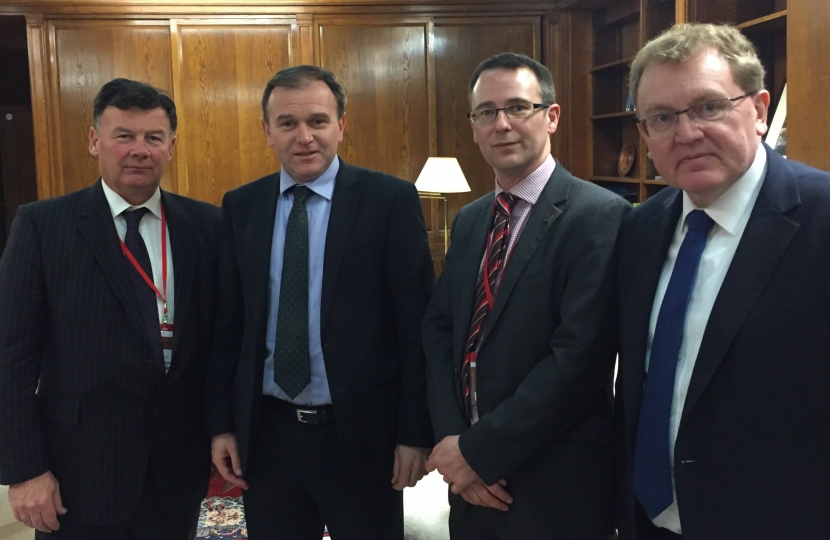 Dumfriesshire, Clydesdale and Tweeddale MP David Mundell has welcomed the progress on the allocation of convergence money from the Common Agricultural Policy (CAP).

In his role as Scottish Secretary, Mr Mundell met with representatives from NFU Scotland as well as the Agriculture Minister George Eustice in London on Thursday January 7.

Mr Mundell believes now that the new CAP policy is being implemented, there doesn’t need to be any delay in the promised review of funding.

Commenting Mr Mundell said: “This was a very productive meeting with NFUS Scotland and the Agriculture Minister and I am confident a review of the funding can be completed by the end of this year.

“NFU Scotland have made their voice loudly heard on this issue and with further consultation, fair allocation for Scotland and the whole of the UK in terms of payments can be found.”

At the meeting, repatriation of red meat levy money was also discussed with the Minister with NFU Scotland urging the Government to bring in the necessary legislation changes required to bring about the implementation.

Mr Mundell added: “In line with the Smith Commission, there is a determination to reach a resolution on this long standing issue that NFU Scotland have rightly raised on a regular basis.

“The agriculture minister will now look at bringing the repatriation of red meat levy money into legislation."