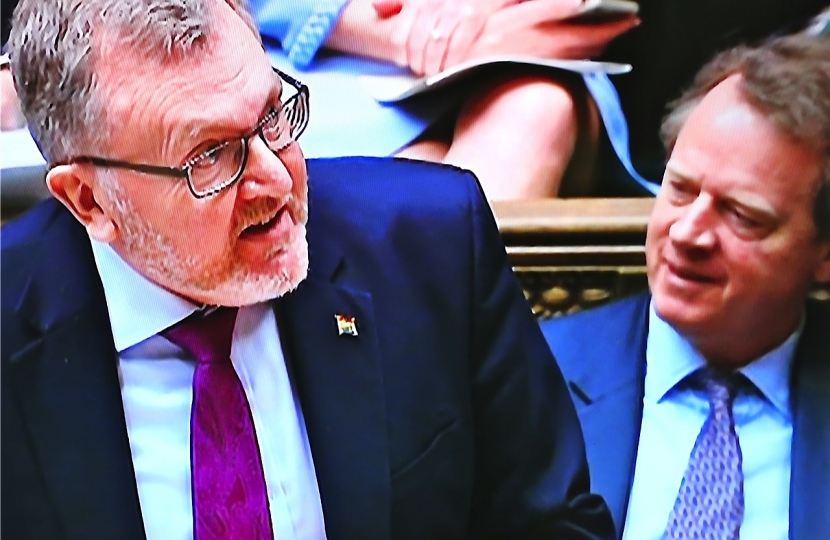 A LITTLE bit of local political history was made last Wednesday when Dumfries and Galloway's two MPs -- pictured -- were shoulder to shoulder at the famous House of Commons Dispatch Box.

As Dumfriesshire Clydesdale and Tweeddale MP David Mundell fielded Scottish Questions in his familiar Cabinet role as Secretary of State for Scotland, he was joined by Dumfries and Galloway constituency MP Alister Jack in his first front bench appearance as Assistant Government Whip.

Parliamentary observers believe it to have been the first time that neighbouring south-west Scotland MPs have been side by on the iconic benches where Prime Ministers and other famous statesmen have made some of the most historic announcements in UK history.

Former Galloway and Upper Nithsdale MP Ian Lang, now Baron Lang of Monkton, and the late Sir Hector Monro, later Baron Monro of Langholm, who was Dumfriesshire MP for more than 32 years, served in various ministerial roles but are not thought to have appeared next to each other on the distinctive green seats during Westminster proceedings