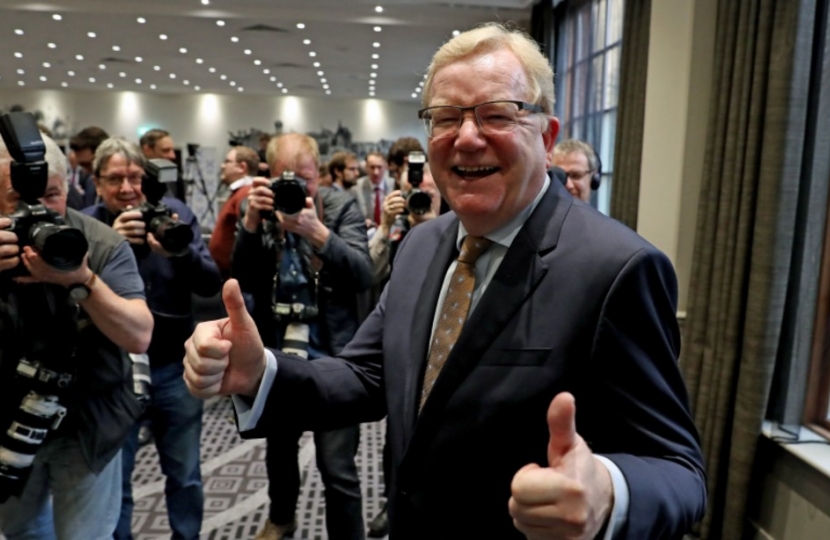 WITH the votes counted Jackson Carlaw has been confirmed as new leader of the Scottish Conservatives in what will be a crucial period in politics and the country.

His large majority in the election, open to party members, gives him a powerful mandate to take the Conservatives forward as the main party of opposition at Holyrood and the staunchest defender of our United Kingdom.

Jackson's breadth of experience in Scottish politics and periods as deputy leader to Ruth Davidson, together with his contribution as acting leader during her maternity leave and following her resignation in August, stand him in good stead.

The 4,917 to 1,581 votes victory was convincing but great credit must go to Jackson's opponent, local MSP Michelle Ballantyne, for her hard-fought campaign, which I witnessed first hand when I helped host a hustings meeting at Moffat with my son Oliver, the MSP for Dumfriesshire.

Jackson's skills as a communicator, down to earth approach and natural determination contribute to him being more than a match for SNP First Minister Nicola Sturgeon.

As he demonstrated on Tuesday when he unveiled his new shadow Cabinet, he is also a thoughtful strategist who has appointed a strong team into traditional and restructured roles.

Hitting the ground running, Jackson intends to reveal a package of policies appealing to a wide cross-section of Scots.

His focus is on not just being an effective leader of the opposition -- he has set his sights on taking the country forward as a progressive Conservative Scottish First Minister within a strong United Kingdom.

I supported Jackson in the election and feel sure he is well up to the challenge.

A SUDDEN closure at the RBS branch in Biggar was only temporary, local MP David Mundell has been told.

The Clydesdale representative was given the assurance after he was contacted by worried constituents in the South Lanarkshire town.