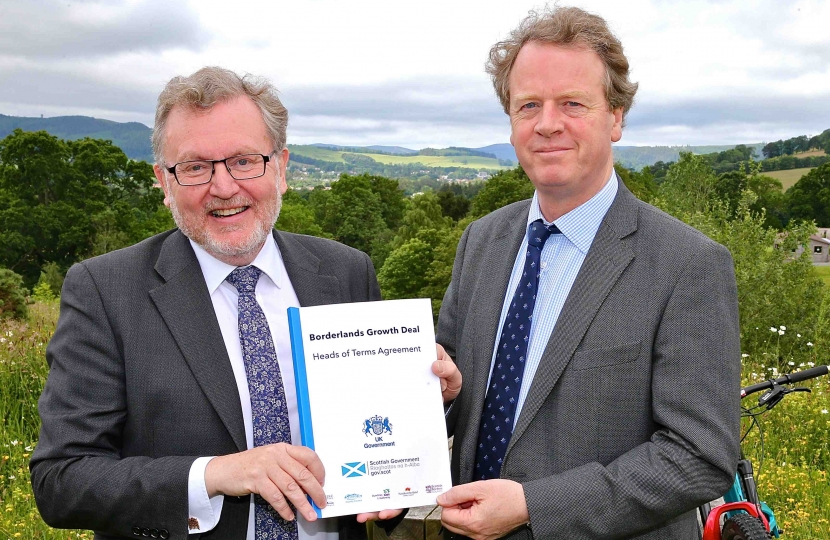 PLANS for an international Mountain Bike Innovation Centre at Innerleithen have reached another milestone.

The business case for the £19 million job-creating complex proposed at the former Caerlee Mill was delivered to the UK Government this week.

Progress was revealed in the House of Commons on Wednesday in a ministerial answer to Tweeddale MP David Mundell during a session on the impact of coronavirus on employment.

The local representative had asked Scottish Secretary Alister Jack for an update on the Borderlands Growth Deal, a major funder of the project.

Thanking his Scotland Office predecessor for the 'invaluable work' he did in bringing Borderlands to fruition, Mr Jack said: "I am also delighted to inform him that the business case for the Mountain Bike Innovation Centre was delivered by the Borderlands Partnership only yesterday.

"It obviously has to go through further assessments in the usual way, but I am well aware of and support the initiative, because mountain biking in what is a very beautiful part of Scotland is an incredibly popular sport, and it is locally a very popular initiative."

In his question, Mr Mundell pointed out that the Covid-19 pandemic was changing the economy and that renewed impetus was needed to progress the Growth Deal, especially delivering the Mountain Bike Innovation Centre to Tweeddale