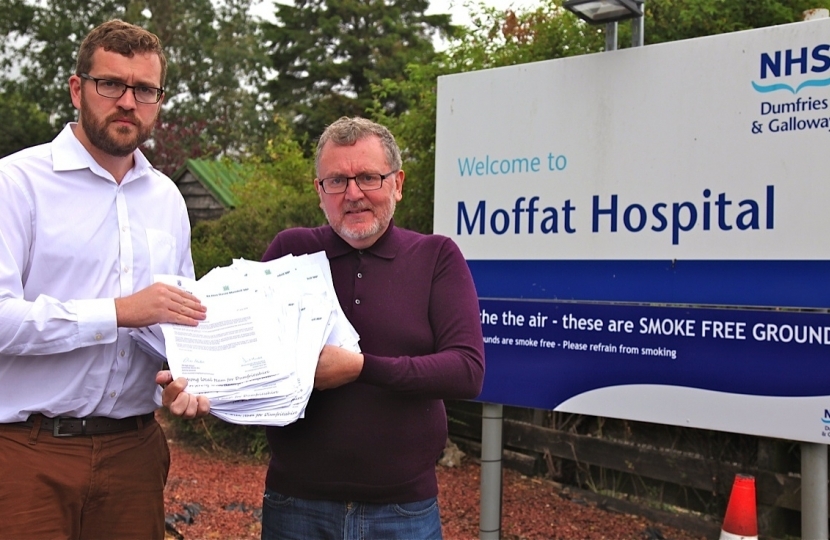 COTTAGE hospitals play a vital role in the region's health service -- despite recent fears for their future.

That was the response from two local parliamentarians after studying new data provided by NHS Dumfries and Galloway.

Background about the running of the region's eight community hospitals has been released following a Freedom of Information (FOI) request by the Scottish Conservatives.

Details showing a substantial number of patients being treated, staffing levels and spare capacity have been revealed from the past five years.

This year's patient figures so far are much lower due to the impact of the Covid-19 emergency across the NHS.

Dumfriesshire constituency MSP Oliver Mundell stated that whilst the number of beds and capacity varied from hospital to hospital he was encouraged by the statistics.

He said: "These figures confirm what I already knew -- that the community hospitals are a valuable asset performing an important role for NHS Dumfries and Galloway.

"Many of my constituents are worried about the smaller hospitals' future, especially after Covid-19 changes, but these figures are reassuring, showing they remain much needed.

"A substantial number of patients are being treated in the community hospitals and for many they are relatively close to their home which is often much better for them and their visitors.

"It is important that communities continue to engage with the local NHS -- taking every opportunity to express their support for cottage hospitals."

Dumfriesshire, Clydesdale and Tweeddale MP David Mundell agreed the figures appeared positive but stated he made no apologies for continuing to highlight local support for community hospitals.

He said: "During my years representing the area there have been a number of times when cottage hospitals have been at risk and that is something I will oppose again should a further threat to them emerge.

"It is important to keep some hospital services at local level where it is appropriate for patients' treatment and circumstances. It also fits in with the trend towards more care in the community."

Mr Mundell added that the staffing figures illustrated a significant number of NHS jobs in the community hospitals which was beneficial to the local economies.