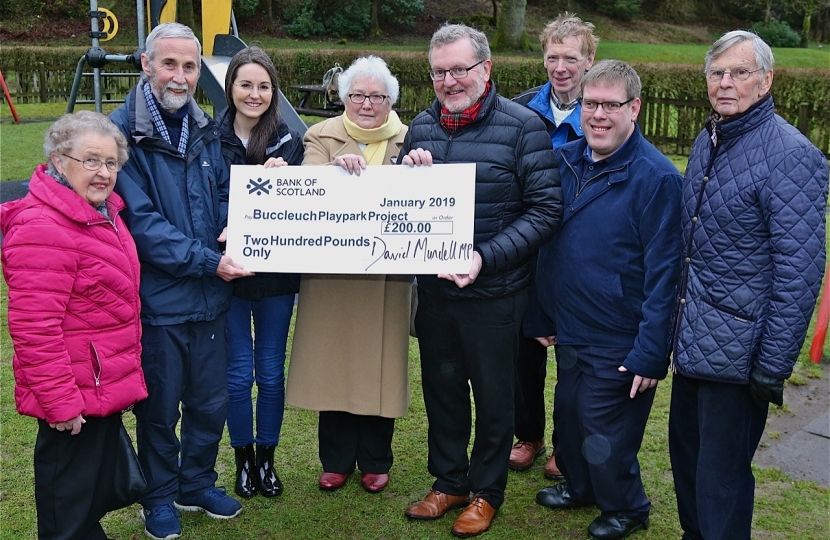 He has handed over a cheque to members and supporters of the Buccleuch Playpark Project at Langholm.

They are planning to upgrade and redesign children's areas and play equipment in the scenic riverside park, close to the centre of the Muckle Toon.

The MP chose the park project after securing the charity donation by answering a number of questions on topical subjects for a national research company.

Last year he made a similar donation through the same scheme to support a Motor Neurone Disease (MND) charity being actively supported by a Lockerbie area constituent.