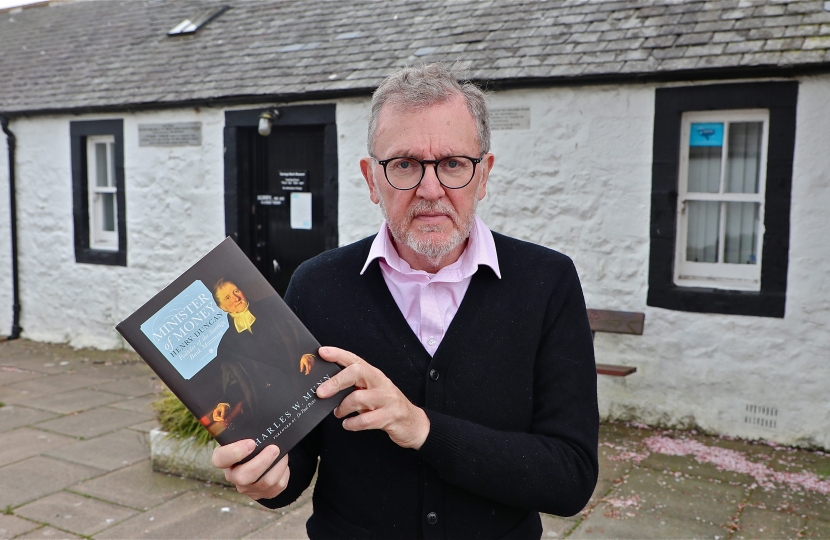 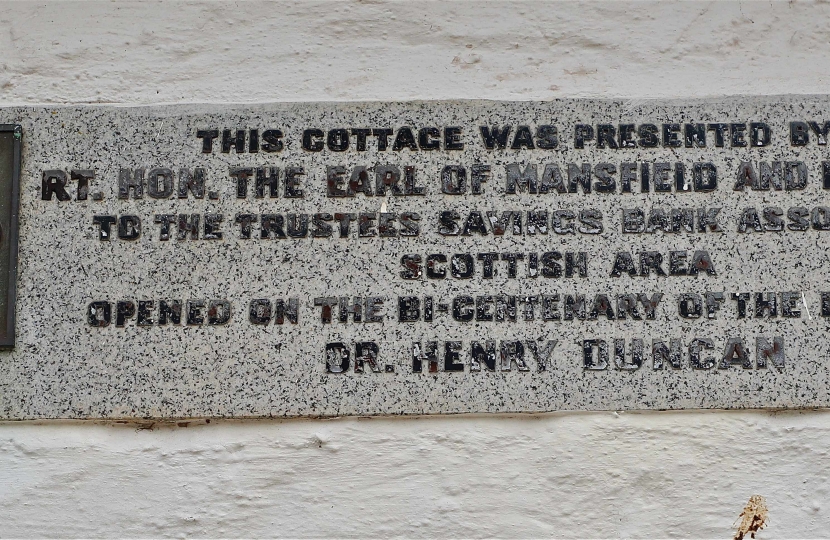 He said this week: "There has been widespread disapproval across the community and beyond since the plan to shut the museum was revealed. This face-to-face discussion will bring home to the bank the level of community disquiet."

Mr Mundell plans to convene the meeting early next month and has expressed his thanks to the Crichton Foundation for agreeing to provide their venue in Dumfries.

He said: "There will be representatives of local organisations including the community council, Ruthwell Church, the Crichton Foundation, local authority and cross-party political representation.

"I'm pleased to engage with TSB and establish what options they have on the table, but I will be making clear that keeping the home of the world's first savings bank open and telling the remarkable story of the founder at the rightful location remains my firm objective."

It was disclosed last week that the heritage centre, in the exact cottage where the global savings bank movement began in 1810, is set for closure with much of its contents transferred to the bank's Edinburgh HQ.

There was widespread condemnation of the plan and Mr Mundell described a 'frank exchange of views' when he held talks earlier this week with a senior executive of the bank.

He has also written to TSB chief executive Debbie Crosbie suggesting that, if the closure proceeds, they gift the historic building to a community based group to allow them to take on the museum mantle.

The cottage was where, in 1810, Henry Duncan, founded what became a global savings bank movement allowing poor people to make small deposits and earn interest on their savings.

Up to that time, because of high minimum deposits, banking was only available to the wealthy through the larger commercial banks.

A social reformer, Henry Duncan worked hard to help the poor, was responsible for the restoration of the Ruthwell Cross and founded both the Courier and Standard newspapers in Dumfries.

In his letter to Ms Crosbie, Mr Mundell stated: "The decision completely disregards the importance of the local connections to Henry Duncan and the Savings Bank movement as well as the links between the Savings Bank Museum and Ruthwell Church."

A petition against the museum closure was this week approaching 1500 signatures.

Meanwhile, Dumfriesshire constituency MSP Oliver Mundell was today (Thursday) hoping to raise the issue with First Minster Nicola Sturgeon at Holyrood to seek her support for cross-party efforts to save the museum.

He said: "I'm keen to secure the First Minister's support to put further pressure on TSB to reconsider the decision to close their doors forever at Ruthwell and to relocate the artefacts on display to their corporate HQ in Edinburgh.

"This would be a betrayal of the Rev. Henry Duncan's legacy to make banking and saving more accessible to local communities."