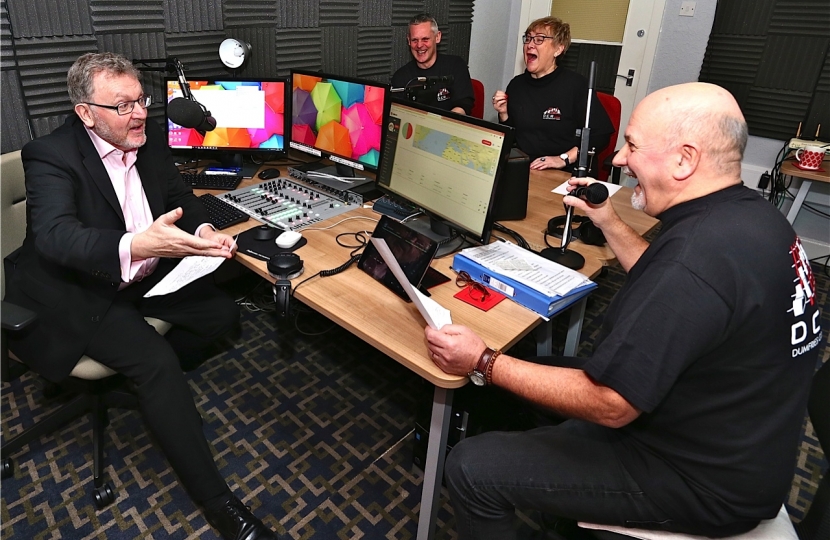 AN INSIGHT into the musical tastes of Dumfriesshire MP David Mundell will be aired this weekend on Dumfries and Galloway's newest radio station.

Mr Mundell shared his ten all-time favourites tracks and was interviewed by Frank between the recordings.

The veteran politician, a long-time fan of rock band, The Eagles, revealed the first single he ever bought as 'Sylvia's Mother' by Dr Hook.

He also chatted about the reasons for his choices and memorable concerts and events he had attended.

During his visit to the studios, based at The Crichton complex, he learned more about the 24/7 not-for-profit online station, launched late last year, from joint-founders and managers Fiona Jones and Graham Anderson.

Mr Mundell said: "I had an enjoyable experience as I whittled down my favourite music to ten tracks. It was also good to learn more about the station, particularly the work they do to promote good causes and the local community."

The programme is due to go out from 7pm on Sunday March 17 and can be heard at dcronline.co.uk