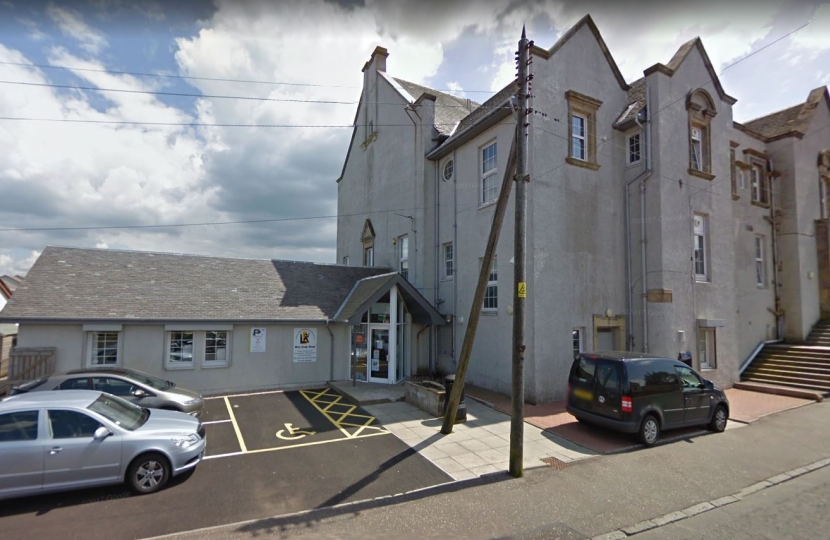 CLYDESDALE MP David Mundell has expressed disappointment that withdrawal charges are being maintained at a previously free-to-use rural cash machine.

He wrote earlier this year to operators 'cash zone' after constituents at Coalburn complained that the firm had introduced a 95 pence levy on each transaction.

The machine, on an outside wall at the Miners Welfare Charitable Society community centre, provides the only 24/7 cash dispensing service in the village.

Another machine in a shop in the 1300 population village is free but only available during opening hours.

Society officials state that many cash machine users are elderly making only small withdrawals as low as £10 and yet were facing the full levy.

The society had looked at removing the machine but were warned by cash zone their contract meant it would need to remain in operation until 2023.

In his letter, Mr Mundell pointed out the community centre ATM provided a valuable service to the village and called on cash zone and parent company Cardtronics to reconsider the charges.

He has now received a reply from Gavin Young, the company's commercial director for the UK and Ireland.

Mr Young pointed to reductions in fees paid to ATM providers by the banks resulting in a number of machines, including Coalburn, becoming economically unviable.

Mr Mundell said: "I'm disappointed cash zone feel unable to lift the charges at Coalburn Miners Welfare community centre, especially when there were no charges when the machine was installed by the previous provider, a bank, some years ago.

"It is vital that a reliable ATM network, providing access to cash for customers in urban and rural communities, is maintained and that solutions are found to the current ATM network concerns, locally and nationally."

Mr Mundell is arranging a meeting with Mr Young to discuss the Coalburn situation and wider issues about maintaining an effective national ATM network at a time when many bank branches are closing.