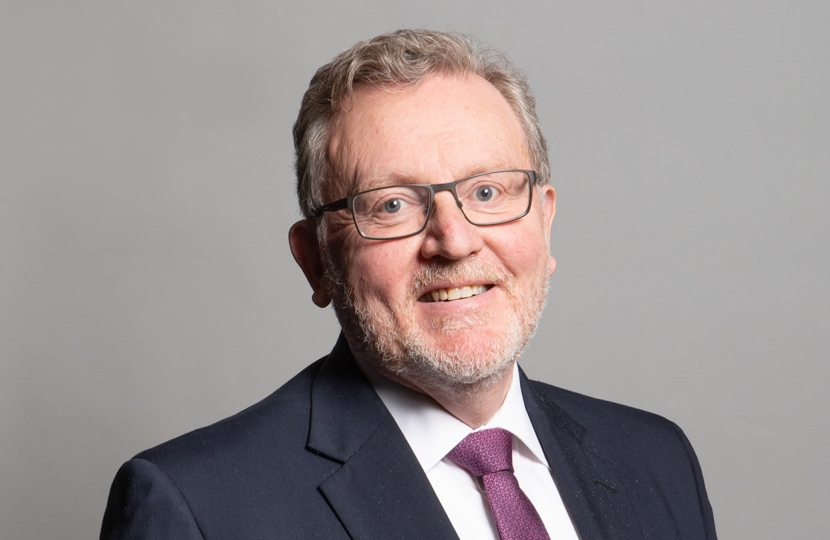 EFFORTS should be made to encourage south of Scotland communities to play a part in a major global climate change conference later this year.

That's the call from Dumfriesshire, Clydesdale and Tweeddale MP David Mundell ahead of the United Nations Climate Change Conference (COP26) in Glasgow from November 1 to 12.

The former Scottish Secretary says he wants to see engagement with community groups and businesses in his constituency and beyond so maximum benefit from the event reaches grassroots level.

He said this week: "I'm delighted the UK Government is hosting the climate change conference so close to our area. It could be one of the most significant so far with far-reaching decisions being made which could effect the future of our planet.

"From my perspective, as a local MP, I also wish to ensure that our communities have the opportunity to play a part in some way, whether it is school projects, highlighting local climate-friendly initiatives or taking up business opportunities."

World leaders, national delegations, officials, media, security teams and other interest groups are expected to converge on Scotland for the high-profile event focused on the SEC Centre.

Mr Mundell highlighted the possibility that the local hospitality industry, hopefully by then recovering from the impact of Covid-19, could benefit from the overflow of visitors attending the conference and fringe events.

Speaking in a COP26 debate at Westminster recently, Mr Mundell described the potentially high level of interest in his constituency.

He cited, as examples, the passion that was clear in an online discussion on climate change in which he participated at the invitation of the Peebles-based Tweed Green group and praised a small hydro scheme he was supportive of run by Keir, Penpont and Tynron community trust, near Thornhill.