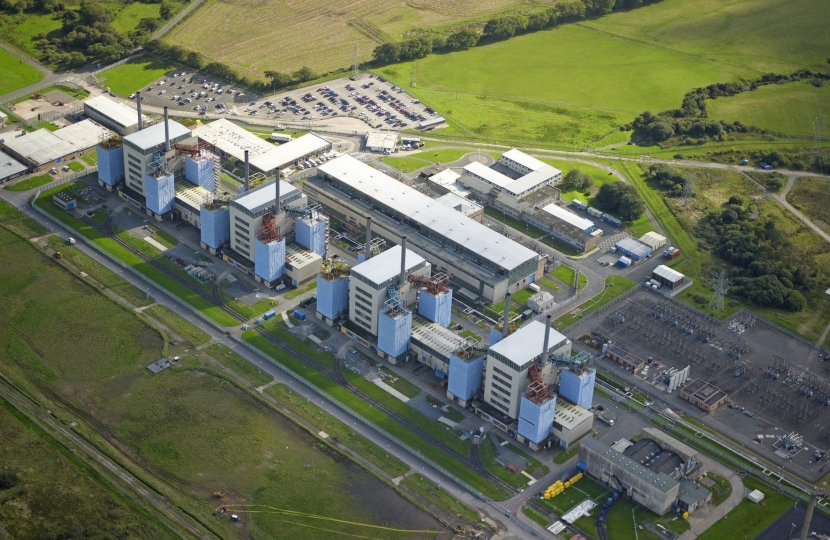 He highlighted in the House of Commons the negative impact the lack of a Chapelcross Two nuclear power station would have on the Dumfriesshire economy and continuous zero-carbon power generation.

The former Scottish Secretary was commenting after recently released figures showed that between November 25 and 29 southern Scotland had the cleanest part of the power grid in the UK.

This was during a period of low wind across the British Isles, which greatly reduced output from wind turbines with the void being filled by greatly increased gas and coal-burning generation.

With power demand high, this led to the third formal warning by National Grid to be triggered within six weeks.

According to the Nuclear Industry Association, generation remained within zero-carbon targets in southern Scotland largely due to the remaining operation of Torness and Hunterston B nuclear stations.

At Westminster, Mr Mundell asked Scotland Office Minister David Duguid if he shared his disappointment at the SNP Scottish Government’s continued dogmatic opposition to nuclear power despite the fact that in recent weeks it was the leading source of UK zero-carbon generation.

He continued: "And does he (Mr Duguid) agree with me that their refusal to contemplate a replacement of the Chapelcross Power Station at Annan in my constituency is depriving the area of high quality green jobs from which the local area has benefitted from for the last 60 years"?

The Minister responded: "I do share my Right Honorable Friend's disappointment. This Government believes that nuclear power has an important role to play in reducing greenhouse gas emissions.