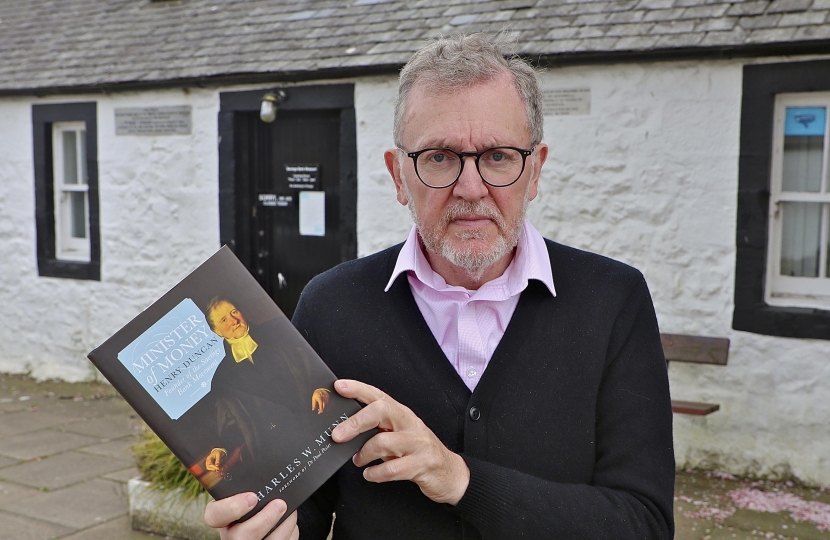 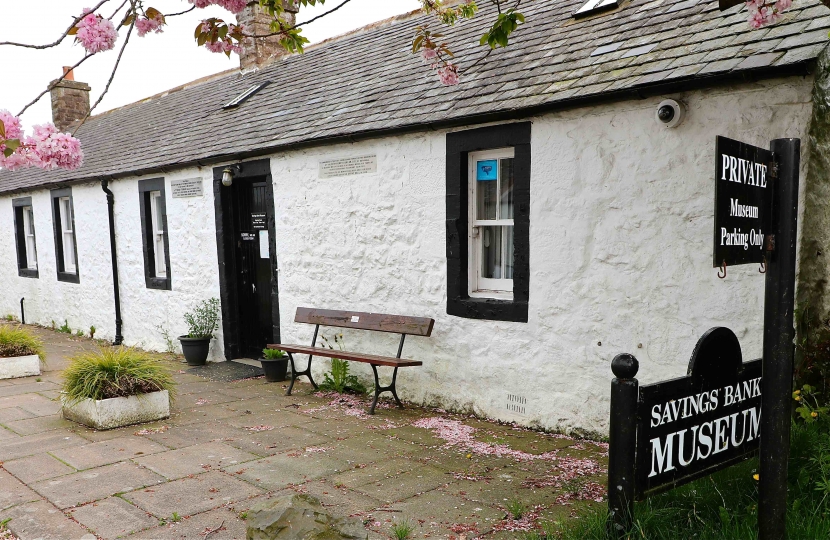 The bank plans to close the cottage heritage centre, which until Covid-19 restrictions began, was open part-time, attracting visitors from around the world.

Mr Mundell is calling on TSB, which for years marketed itself as 'Britain's Local Bank,' to reverse the decision and drop plans to move the archives and exhibits to their Edinburgh HQ.

He said: "The Savings Bank Museum represents an important part of the area's heritage and, along with the near-by Ruthwell Cross, is a fascinating part of our visitor offering to both tourists and academics.

"At the very least the TSB should review this decision and every option to retain the museum in its true home should be explored."

The building was where the local minister, the Rev. Henry Duncan, in 1810 founded what became a global savings bank movement where poor people could make small deposits and earn interest on their savings.

Up to that time, because of high minimum deposits, banking was only available to the wealthier through the larger commercial banks.

The TSB's previous Chief Executive Dr Paul Pestor said in a forward to a book on Henry Duncan: "We took (the TSB) inspiration from Henry Duncan to recreate the virtuous circle between the bank and the local communities we serve."

He also said of Duncan: "He was an ordinary person, who did something extraordinary for the benefit of others, and I'm proud to say his vision is still alive today within the TSB."

He states the decision to sever the TSB and the savings bank movement's historic links with Dumfriesshire is 'not only disappointing and unwelcome, but misguided.'

Removing the museum from 'its rightful location,' he suggested would diminish the appeal and interest in the collection.

Mr Mundell states: “The Savings Bank Museum represents not just a hugely important part of our local history it is a tourist attraction with a potential that has not been fully realised.

"The decision completely disregards the importance of the local connections to the story of Henry Duncan and the Savings Bank movement as well as the links between the Savings Bank Museum and Ruthwell Church.

"Sadly, it will also mean job losses, and my thoughts are with for the two staff members affected.

“I know from those locally that I have spoken to already, that this will be a very unpopular decision and I hope the TSB can be persuaded to take a step back, reconsider the closure plan and change their minds.

"I can’t believe the museum closure would have any impact on the TSB’s balance sheet, yet it will have a significant local impact and I hope they can be made to see that.

"If TSB still wish to walk away then I will be calling for them to gift the museum to the community rather than selling the building. That might offer an opportunity to save the museum."

Mr Mundell is also encouraging local people, who also oppose the plan, to make their views known directly to the TSB.