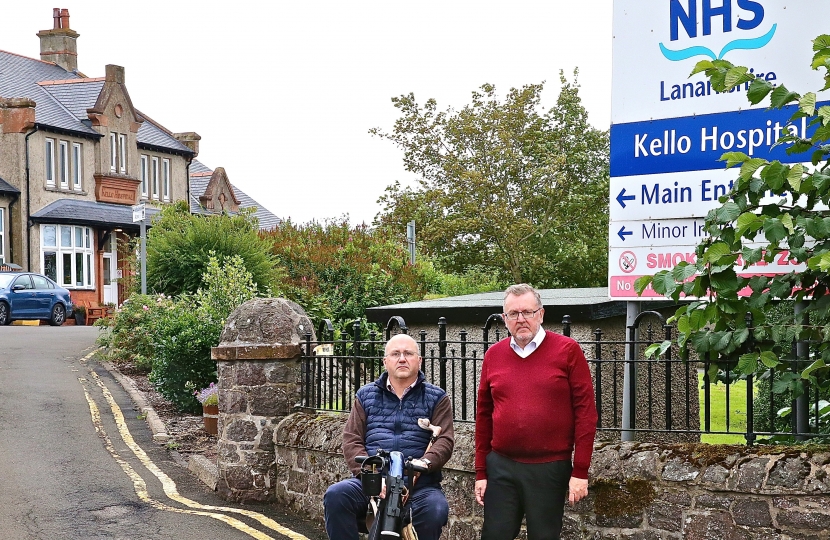 LOCAL MP David Mundell has called for clarity on the future of Kello Hospital in Biggar and Lady Home Hospital in Douglas.

Mr Mundell has written to NHS Lanarkshire Chief Executive Calum Campbell seeking an absolute guarantee that there are no plans to close either hospital after community concerns were raised with him in both Biggar and Douglas.

Last week a petition was lodged in the Scottish Parliament setting out similar concerns following the initial closure and failure to reopen the Lockhart Hospital in Lanark.

Mr Mundell, who previously campaigned to keep both hospitals open, confirmed he would vigorously oppose any plans for closure.

He said: “Now concerns have been raised about the future of the Kello and Lady Home, it is imperative that NHS Lanarkshire categorically guarantee that there are no closure plans and that both hospitals remain part of their long-term plans for care in Upper Clydesdale.

"I also want to be sure they will be properly resourced going forward and that there will be no question of closure by stealth. Indeed, any basis of closure would be unacceptable.”

He added: “Of course, care at home is the best option for many people, but not for everyone, and in this large rural area we have also experienced difficulties in getting care staff in some districts. That’s why its vital we keep both hospitals.”

He said: "Both hospitals have huge community support and are seen as providing vital services not just to people in Biggar and Douglas, but in surrounding areas.

"Closure would mean travelling lengthy distances for equivalent care and real issues for relatives with visiting, given the poor public transport in the area. The answer for NHS Lanarkshire is simple - both hospitals should stay.”