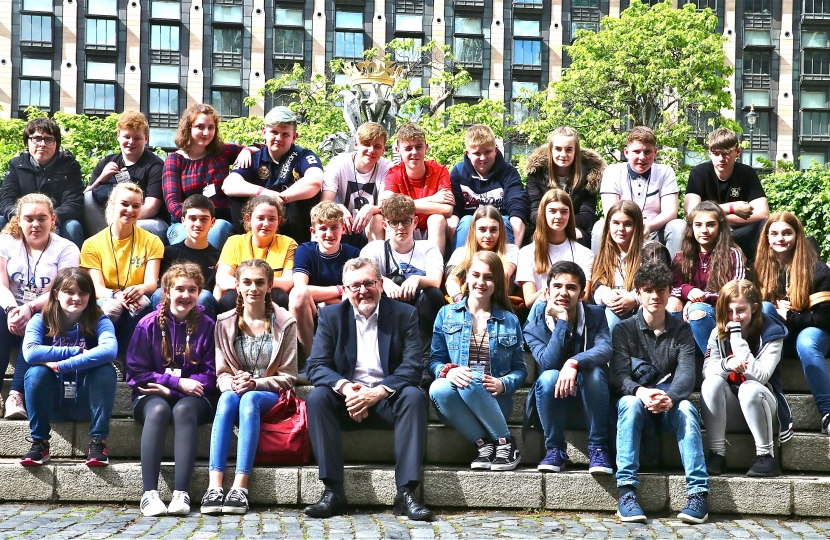 A GROUP from Lockerbie Academy has visited the Houses of Parliament during one of the most eventful periods in its history as candidates jostled to become new Prime Minister.

The party of 28 pupils from third and fourth year toured the Palace of Westminster during a packed three days in the UK capital.

They were greeted by Dumfriesshire Clydesdale and Tweeddale MP and Scottish Secretary David Mundell and had their pictures taken with him on steps outside Westminster Hall, the oldest building on the parliamentary estate.

Mr Mundell, a former Lockerbie Academy pupil, said: "It was great welcoming pupils from my old school to the Mother of Parliaments. They have certainly visited during an eventful time in British politics.

"The group had a very busy time in London and I know the Academy staff worked extremely hard to make it a school trip they will always remember."