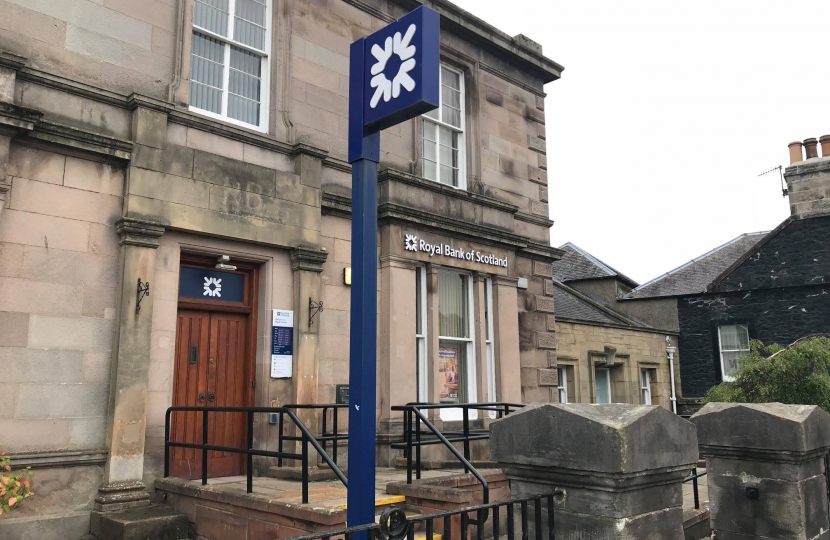 Business consultants Johnston Carmichael have recommended that the threatened bank, which was given a temporary reprieve earlier this year, should remain open.

They were commissioned by RBS to carry out an independent review after a controversial closure programme was announced last winter.

Mr Mundell, who actively campaigned against the closure, stated that the strong community response demonstrated to RBS and the consultants just how much the branch was valued in the busy market town.

RBS have indicated that there will be no further branch reviews until, at least, 2020.

Mr Mundell pointed out that it was, therefore, important for customers to continue to use the branch to help ensure its long-term survival.

He said: "Well done to everyone who helped with the campaign to save the Biggar branch, although my concerns remain about the RBS commitment to rural Scotland.

"I'm deeply saddened that their plans to close the previously reprieved branches at Douglas and Gretna were not reversed."

In a letter updating local constituents, Mr Mundell said: "Given it was the 'last bank in town' supporting so many local businesses and serving such a vast geographic area with often poor mobile or broadband services, there was never any justification for closing the Biggar branch and I told RBS that from the start.

"However, my efforts were greatly helped by all the people who contacted RBS themselves or took part in the Johnston Carmichael review and I thank you again for doing that. It really made a difference."