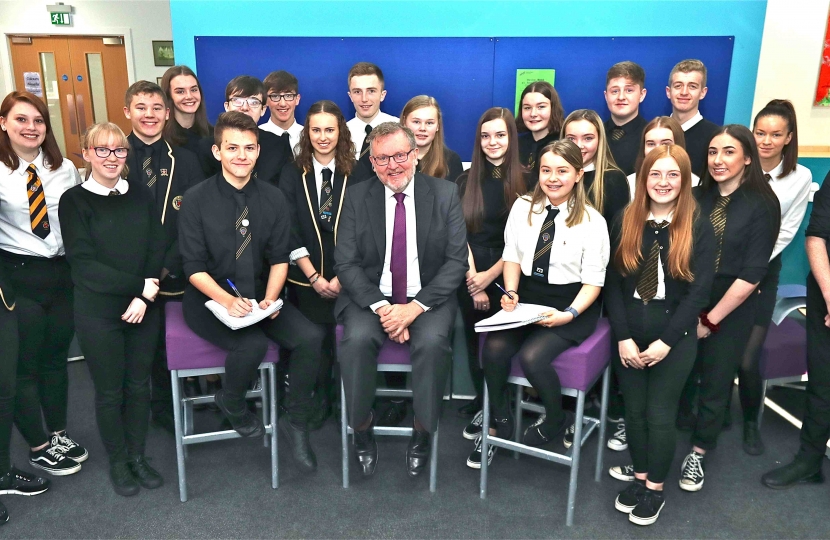 A CHANGE of heart by the Scottish Government in which they have agreed to consider full-time education when schools reopen in August has been welcomed by Tweeddale MP David Mundell.

He had earlier called on Holyrood Ministers to think again over proposals for pupils to attend school only on a part-time basis with the rest of their learning carried out at home.

Until now local authorities were preparing to split the school week with only half of pupils attending at any one time.

Mr Mundell last week took up the issue on behalf of parents in his constituency concerned about the impact the greatly reduced in-school week would have on their children's education and prospects.

Parents also warned of the logistical nightmare they would face if they were unable to fulfil work commitments after the lockdown in order to care for their children at home.

But the local MP yesterday described the reversal announced on Tuesday by Scottish Education Secretary John Swinney as the best decision for children, their parents and the economy.

"I'm pleased the Scottish Government has finally responded to pressure and that the proposed review will look at full-time education whilst still including stringent measures to safeguard the health of pupils.

"Fortunately there seems to have been some progress in suppressing coronavirus and relaxing the two-metres rule, an option under consideration, seems a logical and sensible way forward."