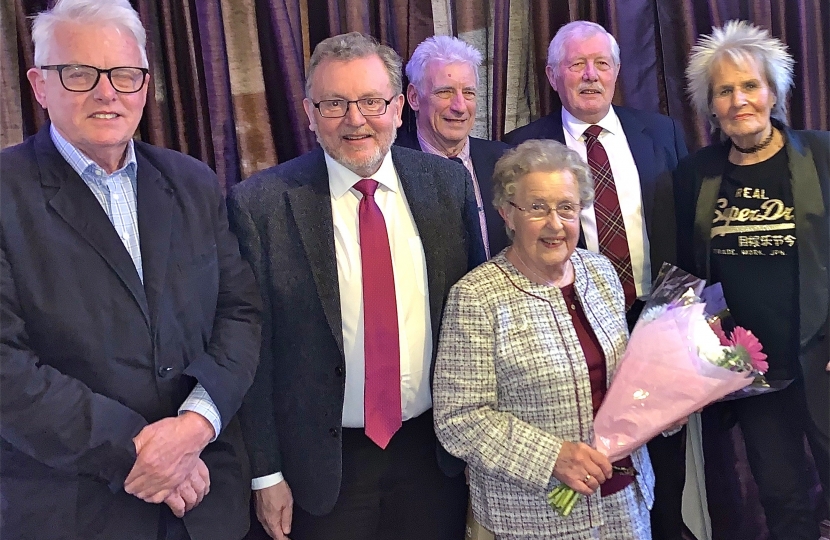 A SPECIAL dinner at Langholm has marked the 55th anniversary of the last passenger train from the town.

The end of the service in June, 1964 was later followed by the complete closure of the seven-mile branch line from the Carlisle-Edinburgh Waverley route, which was also later axed.

To mark the anniversary the Langholm and District Rail Group held a special dinner in the Eskdale Hotel last Friday night.

Amongst the guest speakers were retired local government officer Grace Brown, BEM, whose father, one of four family members working on the railway, was the last Langholm station master.

Her detailed recollections culminated in a toast to 'The Last Train.'

The other guest speaker was Dumfriesshire MP and Scottish Secretary David Mundell, who proposed the toast to 'The Next Train.'

Mr Mundell outlined how the UK and Scottish Governments were working together through the Borderlands Growth Deal.

And a review into the proposed extension of the Edinburgh to Tweedbank Borders Railway south west to Carlisle would include a Langholm route option as an integral part of the feasibility study.

The local MP pointed to Borderlands and the soon to be formed South of Scotland Enterprise Agency as possible avenues for support and commended the group on their efforts to highlight Langholm's railway aspiration.

Rail Group secretary Andrew Scott told the 30 guests, from both sides of the border, that bringing a rail link back to Langholm could, if delivered, potentially have a transformational impact on the town's life and economy.