Ready for challenges ahead 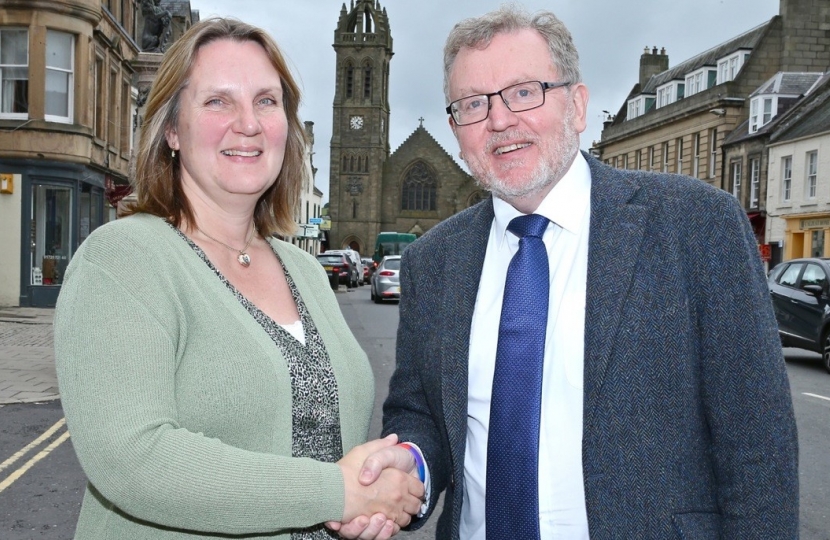 IT WAS disappointing to step down as Secretary of State for Scotland but I'm pleased it has provided me with more opportunities to get out and about in the constituency.

It was an immense privilege to serve in the Cabinet role and I’d like to thank the two Prime Ministers I worked for – David Cameron and Theresa May – for all the support they gave me with my Scotland Office duties.

I’d also like to offer my best wishes to new PM Boris Johnson and my neighbouring MP Alister Jack, who takes over as Scottish Secretary.  Mr Johnson and I had our differences but I respect the fact he wished to mould a Cabinet with his own people.

I believe I have left solid foundations at the Scotland Office.

I was at the helm for four years and two months, making me longest serving Scottish Secretary since Ian Lang, a quarter of a century ago. But my time in the Scotland Office actually stretched back to 2010, when I was appointed a junior minister in the Coalition Government.

By far the most important advice I can offer the new Prime Minister and Secretary of State is this: deliver a Brexit that works for Scotland and whole of the UK. Do that and the Scotland Office’s core mission – to strengthen our place in the Union – becomes much easier.

That means ensuring friction-free trade with the EU and seizing the opportunities of new trade deals. From my trade trips to the Far East, South America, New Zealand and Scandinavia, I know the rest of the world wants to do business with us. And I know our exporters – world-beaters like whisky – would welcome new deals.

A good Brexit should involve creating an immigration system that is UK-wide, just as businesses want, but flexible enough to meet specific needs around the country. Finally, there must be no unnecessary barriers to trade within our UK internal market which could emerge if Scotland ever left the UK.

The UK Government has invested £1.4 billion in city and growth deals right across Scotland, including the £400million Borderlands Growth Deal.

These deals will boost local economies and create tens of thousands of jobs over 10 to 15 years and demonstrate the benefits of when Scotland’s two Governments work together.

Stepping back from the front benches, I'm far from downhearted and ready for fresh challenges ahead.  I also value spending more time in my beautiful, if vast, constituency and with my first grandchild, Isla, born just a month ago!

A strong voice at Holyrood

IT WAS good to be out and about in Tweeddale this week when I visited Innerleithen, Walkerburn and Peebles.

It also gave me the chance to have a catch-up with my South of Scotland MSP colleague Michelle Ballantyne and congratulate her on being selected as Conservative candidate at the next Scottish Parliament elections for Midlothian South, Tweeddale and Lauderdale.

I have regularly worked closely with Michelle on Tweeddale issues and know she is an excellent choice to stand for a constituency seat at Holyrood.