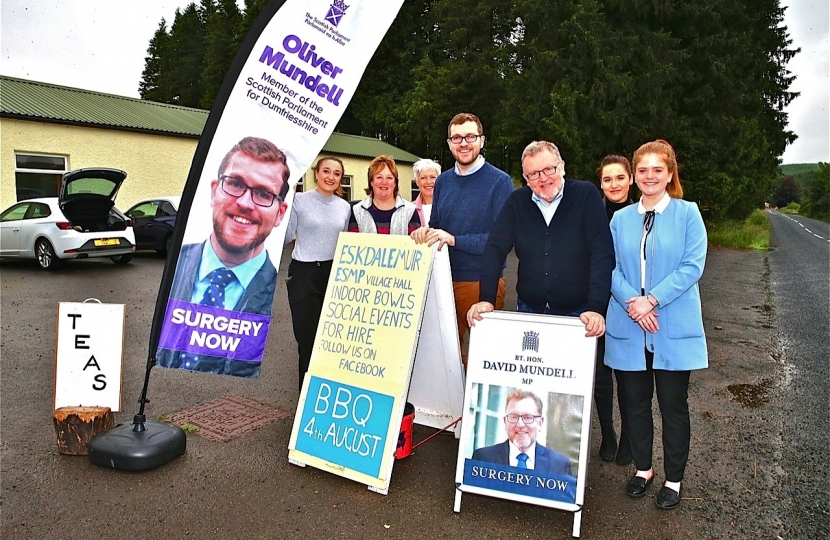 THERE was a good send off for Dumfriesshire's constituency MP and MSP when they began their legendary summer surgery tour on Thursday.

Father and son David and Oliver Mundell aim to cover hundreds of miles in the coming weeks holding surgeries at 70 venues, including village halls, community centres, a hotel and a social club.

They chose Eskdalemuir as their starting point this year and were cheered off as they headed to venues across the Esk valley also taking in the Buccleuch Centre in Langholm.

David, an enthusiastic pioneer of the parliamentarian summer tour concept, will take to the road again a few weeks later when he completes a programme of surgeries in the Clydesdale and Tweeddale areas of his sprawling constituency.

He said: "In such large geographical seats it is important for elected representatives to make themselves available as close to constituents' homes as possible."

Oliver added: "As well as taking on specific cases we also catch up on general issues of interest or concern in local communities."

Both politicians stressed that no appointments were necessary and details of the surgeries had been intimated several weeks in advance on posters in each community.