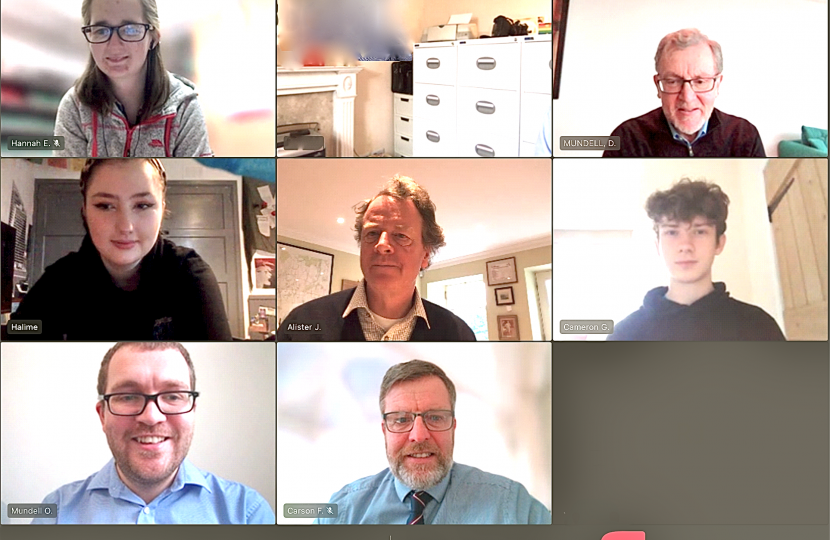 A wide variety of current issues and ideas were discussed during the video meeting on Friday.

The three local Members of the Scottish Youth Parliament (MSYPs) were Hannah Birse, representing Galloway, and Halime Yildiz and Cameron Greer, both Dumfriesshire.

They had the opportunity to chat with Westminster representatives Dumfries and Galloway MP Alister Jack, the current Secretary of State for Scotland, and Dumfriesshire, Clydesdale and Tweeddale MP David Mundell, a former UK Cabinet member.

The local MPs and MSPs were briefed on a new national manifesto based on work and consultation by the Scottish Youth Parliament and were also given an update by the MSYPs on Dumfries and Galloway Youth Council.

All four older politicians thanked that MSYPs for their contribution and urged them to contact them on future issues on which they might be able to help.