Commons tribute to border farmer and and businessman 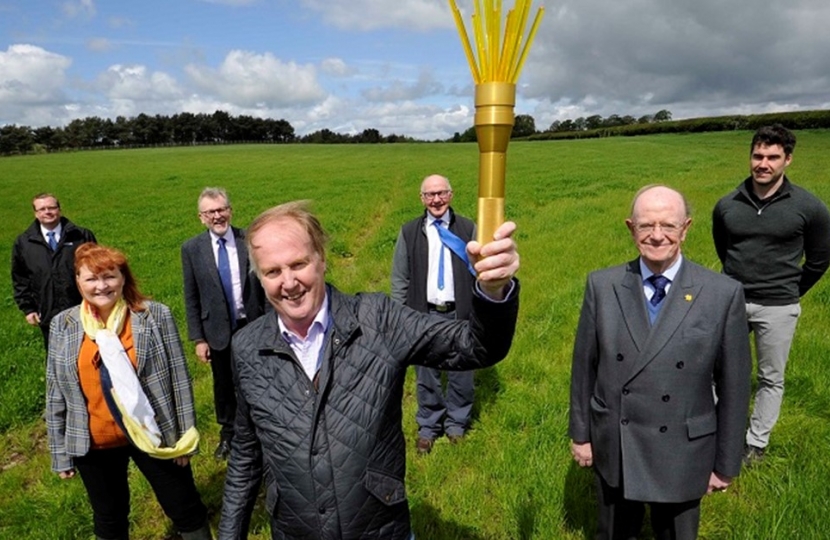 TRIBUTE was paid at Westminster on Wednesday to a border farmer and businessman credited with greatly enhancing his family businesses, employment and the Gretna Green brand.

Alasdair Houston, chairman of Gretna Green Ltd, died this week after a long battle with cancer and his contribution was publicly acknowledged during Scottish Questions in the House of Commons.

Local MP David Mundell stated that lasting prosperity required successful business people and sadly his constituency had lost one of the finest examples through Mr Houston's untimely death at 59.

He said: "Alister will be remembered not just for his own zest for life and the transformational impact he had on his own businesses in the Gretna area, but also his passion for the Star of Caledonia, an iconic environmental sculpture being built on the Scotland-England border that will surely be his lasting legacy."

Concluding a question to the Secretary of State, Mr Mundell said: "Will My Right Honourable Friend join me in paying tribute to our friend Alasdair and his many achievements and also agree, that, whatever form the Shared Prosperity Fund takes, it should reflect his spirit and support inspirational projects such as the Star"?

Mr Jack said: "He was a lover of Dumfries and Galloway. He was a formidable champion for Gretna -- his home town -- and the Star of Caledonia would be a very fitting tribute to him."