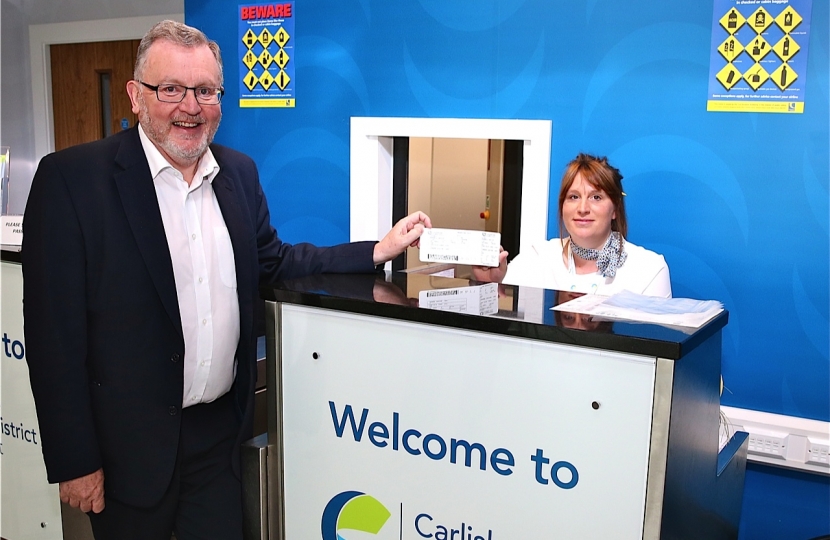 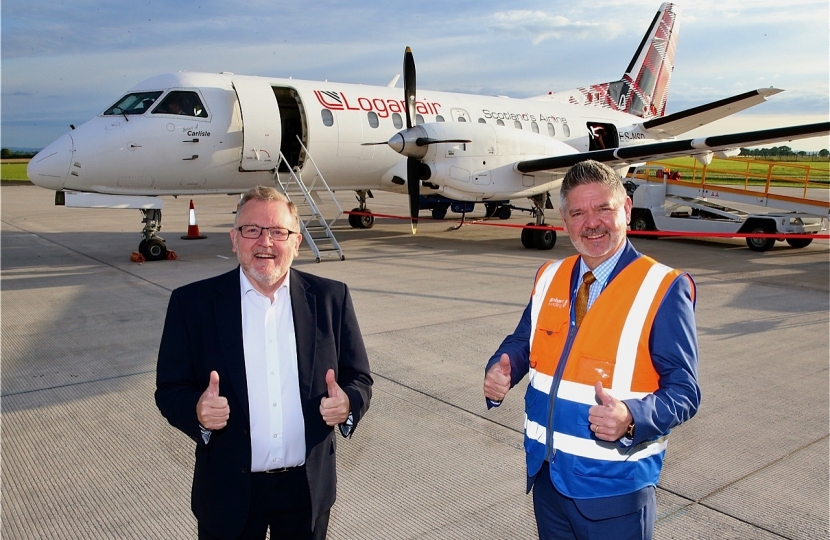 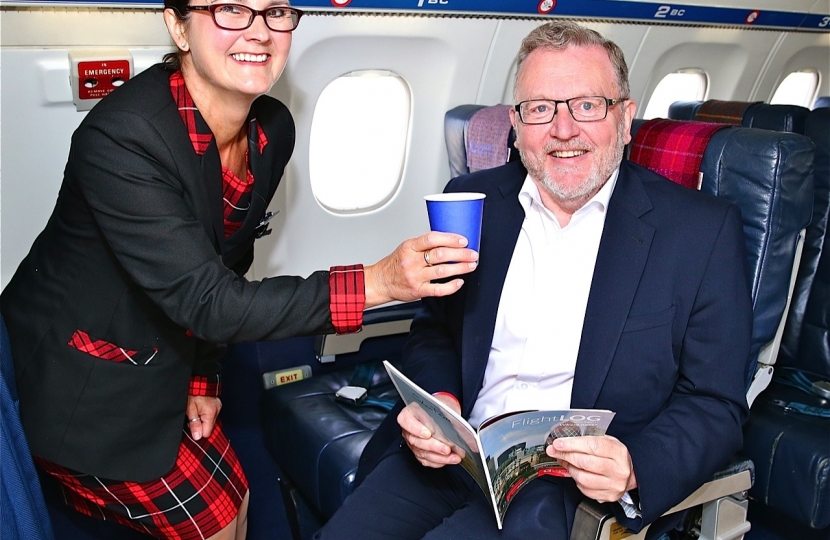 A NEW passenger air service linking the Borderlands with UK and international destinations was given a firm thumbs up on Monday by Scottish Secretary David Mundell.

The Dumfriesshire Clydesdale and Tweeddale MP was up early to tour the showpiece Carlisle Lake District Airport before boarding the 7 am flight to London Southend Airport as he returned to Westminster.

The one-time RAF airstrip, located near Crosby-on-Eden north east of Carlisle, has undergone a multi-million pound investment programme by owners and operators, the Stobart Group. Work included constructing a new runway and taxiways.

Grant funding of almost £5 million took the total investment package to in the region of £16 million.

Stobart Group have teamed up with expanding Glasgow-based airline Loganair offering a total of 28 passenger flights to and from the airport each week and London Southend, Belfast and Dublin.

This offers easy onward travel and baggage transfer to overseas destinations through the international airports, particularly Dublin and Southend.

After leaving the Loganair 33-seat Saab 340B aircraft after his 1 hour 25 minutes flight to Southend and boarding a train to central London, Mr Mundell stated that the launch of passenger services and airport investment were a big boost to both sides of the border.

He said: "It brings a new dimension to the region's transport connectivity, providing easier convenient access to the air transport networks and encouraging more visitors to come to our part of the country.

"The south of Scotland and northernmost parts of England operate as a single economic area as highlighted at last week's heads of terms signing for the Borderlands Growth Deal."

The airport currently employs 42 people including some from Dumfriesshire and the Scottish Borders.