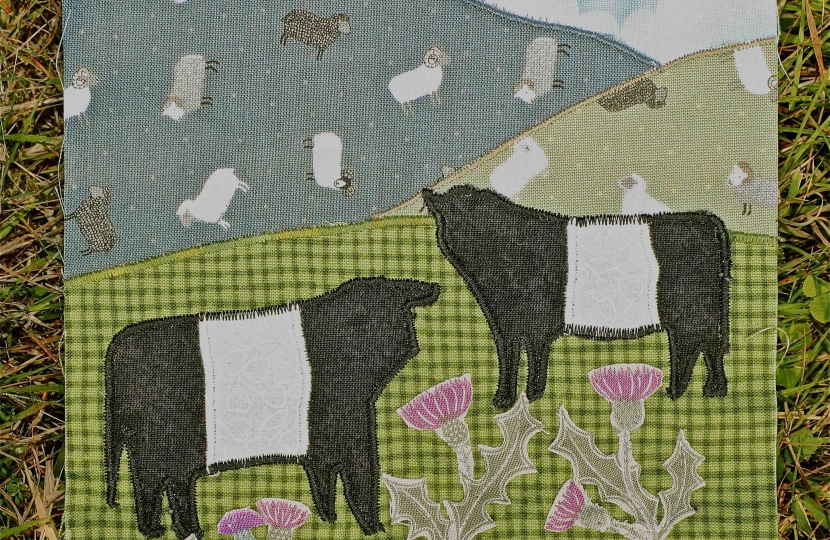 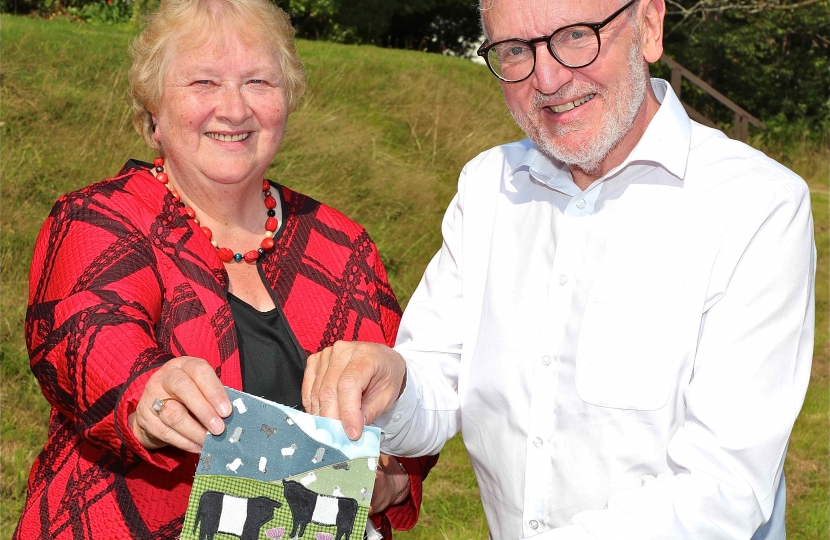 The Parliamentary Covid Memorial Quilt, which goes on display later this year, will be a lasting tribute to those who died as a result of the pandemic and an acknowledgement of the dedicated contribution by so many front-line workers.

A cross-party initiative, led by London Brent Central MP Dawn Butler, resulted in MPs, peers and staff at the Palace of Westminster being invited to take part by contributing or arranging patches.

The quilt also reflects all others whose lives were impacted during the global emergency and the fact that four popular staff members at the Houses of Parliament were amongst the many who died from Covid.

Local MP David Mundell was happy to take up the challenge and turned for advice to his good friend Ann, a nationally known quilter and an author of a book on the subject.

The former Scottish Secretary said: "I was delighted when Ann volunteered to use her skills to complete a patch based on some of my off-duty lockdown memories of taking regular walks in the Moffat Hills near my home.

"Ann did a remarkable job and the patch's hills, belties and thistles reflect how the countryside and outdoors brought a great deal of solice and comfort to many people in the constituency in what was an uncertain and difficult time."

The quilted wall-hanging project was supported by the Speaker of the House of Commons, Sir Lindsay Hoyle, who described it as 'a wonderful idea' which had brought the the parliamentary community together.

During lockdowns, Ann's self-isolating quilting group across the region made and gave out 650 morale-boosting quilts, many featuring farming and other rural scenes, to people living alone.

She added: "I'm told these 'quilted hugs' proved a real tonic for the recipients."

A LOCKERBIE factory is using state-of-the-art technology to produce packaging for an increasingly environmentally aware world.