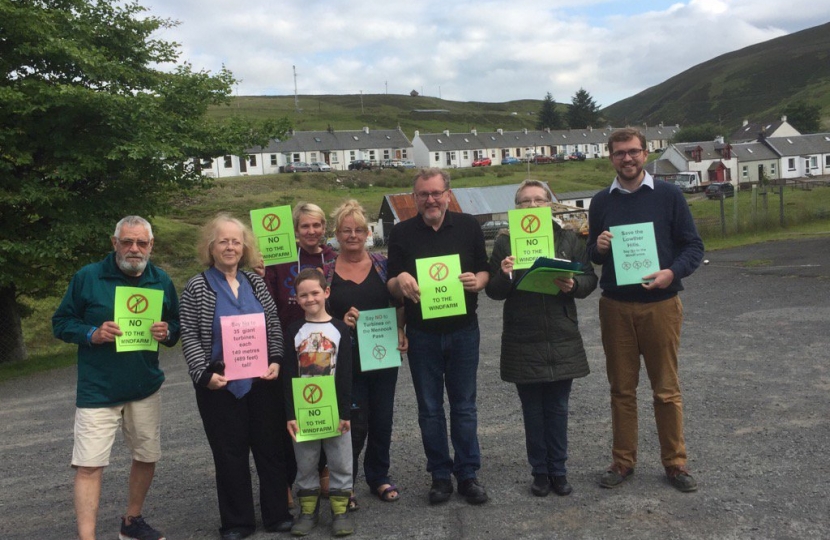 Scottish Ministers have refused permission for the construction and operation of the North Lowther Energy Initiative (NLEI) development in a wide uplands area close to Wanlockhead and Leadhills.

The father and son representatives, at Holyrood and Westminster respectively, campaigned on behalf of local people and organisations opposing the scheme, pointing out the potential damaging impact to the landscape and natural environment.

Both highlighted concerns about the scheme, proposed for land owned by Buccleuch Estates, at a public inquiry held in Sanquhar Commmunity Centre in October, 2019.

Reacting to the news, he said: "This is clearly the right decision and reflects the widely held view in the area.

"This development would have had a negative impact on the lives of many residents, also damaging future tourism prospects and the natural environment."

Mr Mundell, who previously also successfully objected to 17 turbines at near-by Harryburn, South Lanarkshire, added: "The Lowther Hills have a beautiful and unique character which deserves to be protected."

Oliver Mundell, constituency MSP for Dumfriesshire, welcomed the fact that the Inquiry submissions and conclusions had, on this occasion, been taken on board by Holyrood Ministers.

He said: "As well as being a blot on the landscape seen from miles around, had the scheme proceeded there was a risk of damaging the finely balanced ecology and wildlife of the area, protected historical sites and conservation zones.

"Climate change is a massive issue but I firmly believe a mixed energy policy, far wider than wind, is the best way to cut carbon emmisions."

The Ministers' decision is considered final although applicants, if they choose to do so, can seek a judicial review at the Court of Session.