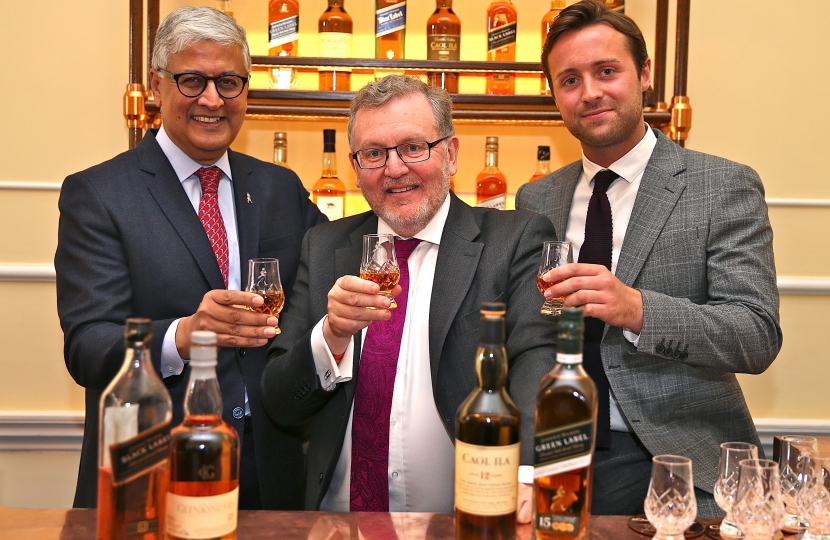 LOCAL MP David Mundell has urged the UK Government to engage swiftly with the new United States administration in a bid to resolve a damaging trade dispute.

He reminded International Trade Secretary Liz Truss that tariffs on whisky exported to the important US market were resulting in lost business to the Scotch Whisky sector approaching a 'staggering' £450 million.

The Dumfriesshire, Clydesdale and Tweeddale representative, who has a whisky distillery in his constituency, raised his concerns in a House of Commons trade debate.

He wants 'every avenue explored' to progress a bilateral agreement with new US President Joe Biden's team in an attempt to resolve the long-running trans-Atlantic Airbus-Boeing dispute which has had a knock-on impact on whisky and other UK industries.

In response, Liz Truss told the former Scottish Secretary: "I've been clear with the United States and the European Union that we want to de-escalate this dispute and reach a negotiated settlement.

"This dispute has already been going on for 16 years and has caused much damage.

"I'm seeking an early meeting with the US Trade Representative Katherine Tai and this will be one of the items on my agenda."

Afterwards Mr Mundell said: "The US has long been an important market for Scotch whisky and other exports and I believe it is vital that this week's inauguration of Joe Biden should be used as a launchpad for renewed efforts to resolve this historic dispute."