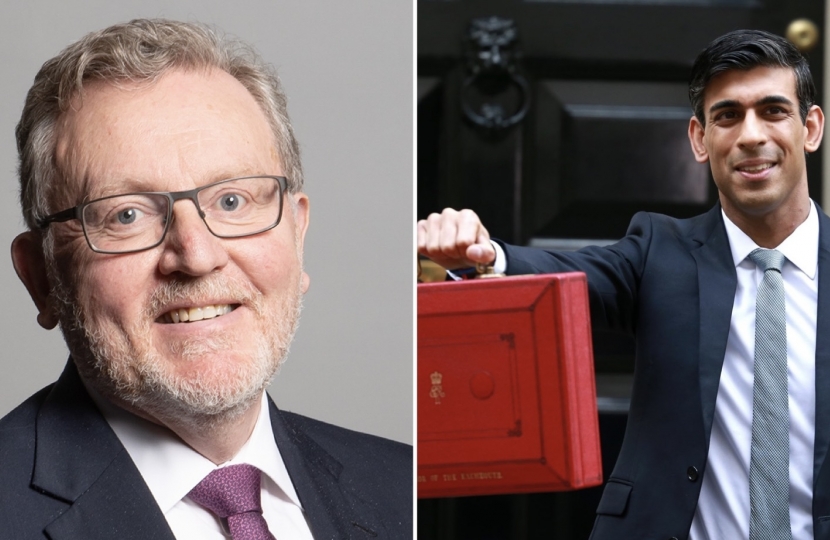 TODAY'S Budget is good news for Dumfriesshire, Clydesdale and Tweeddale, according to local MP David Mundell, as the country continues to fight the pandemic and plan for recovery.

Mr Mundell welcomed the continuation of the furlough scheme and support for the self-employed, but particularly the extension of the Universal Credit uplift of £20 for six months.

He also highlighted the continuation of the cut in VAT for hospitality businesses and called on the Scottish Government to match the other business support measures the Chancellor announced for England with the Barnett consequential funding they will receive.

Mr Mundell, who has campaigned throughout his 16 years as MP to keep fuel duty rates down, thanked the Chancellor for listening to the representations he made to him and freezing fuel duty for the 11th consecutive year.

He said: “This is the right budget at the right time. We still need to focus on defeating pandemic and the continuing support for local people and businesses is most welcome.

"Thousands of people in my constituency have benefited from the furlough scheme and self-employed scheme, but I have lobbied particularly hard to persuade the Chancellor to retain the £20 uplift on Universal Credit so the most vulnerable receive the support they need.

"I also lobbied to keep a VAT cut for the hospitality industry which so many local businesses were in touch with me about and this will make a real difference to them as they are gradually allowed to reopen.

"The Chancellor announced a range of other measures to help business in England and we need to see the equivalent delivered here in Scotland -- unlike previously when the Scottish Government has sat on money it received from the UK Government and failed to distributed it quickly to businesses.

"I have always argued that a car is a necessity not a luxury in our rural communities and haulage fuel costs contribute significantly to the cost of living locally. That’s why I have always opposed rises in fuel duty and so I am delighted the Chancellor agrees and has frozen duty yet again.”