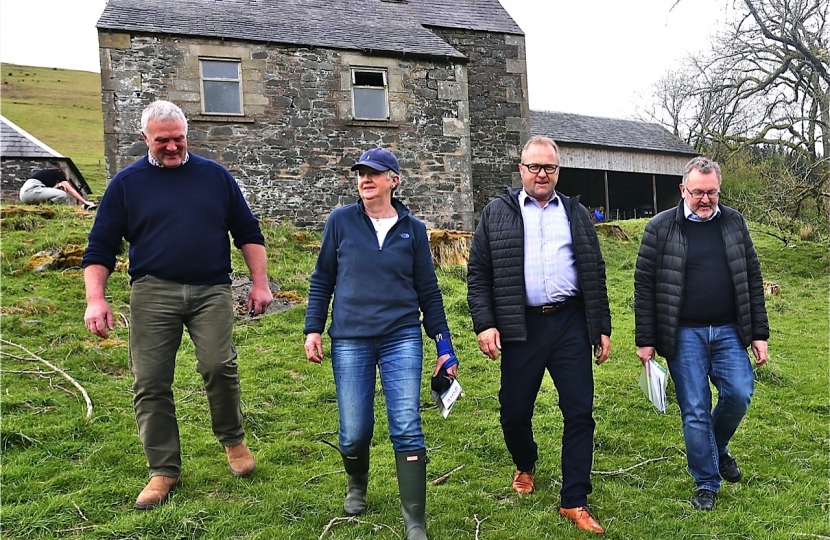 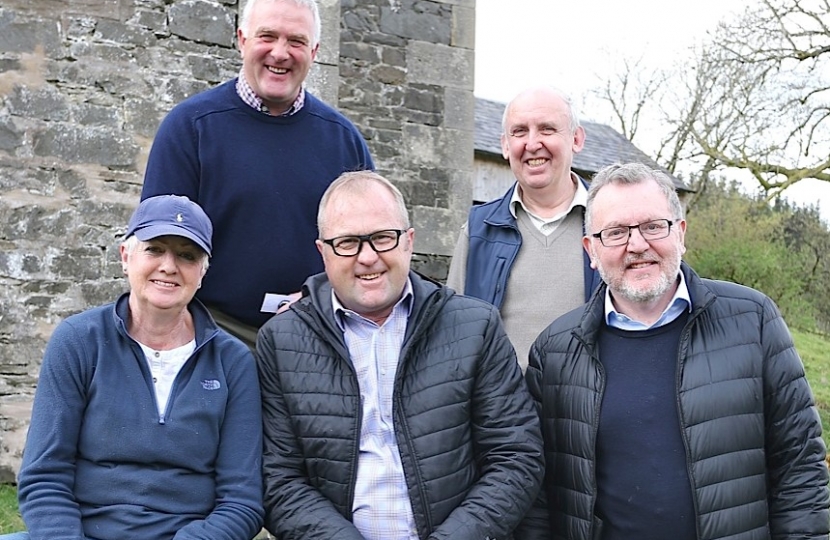 EVERYDAY life, farming and the history of a remote and beautiful Dumfriesshire valley have been outlined to an official visitor from New Zealand.

Mr Petersen, accompanied by staff from the New Zealand High Commission in London, was exploring opportunities for further collaboration and exchanging ideas between the two countries' agricultural sectors.

The visit was arranged by Dumfriesshire MP and Scottish Secretary David Mundell and hosted by Lorraine Luescher, who farms 5700 acres of hill land, also operating several holiday cottages, from her base at Megdale.

Mr Petersen, who also has a family-run sheep farm in New Zealand, saw some of Mrs Luescher's 1700 South Country Cheviots on the hillside with many ewes accompanied by newly-born lambs.

The trade envoy also took the opportunity to chat to veteran shepherd Duncan Robertson and also visiting ramblers as he was taken towards the head of the valley, often described by visitors as 'a hidden gem,' in a four-by-four vehicle.

During a discussion at Megdale farmhouse, Mr Petersen and Mr Mundell discussed major challenges facing hill farming today with Mrs Luescher together with Jim Robertson of The Becks, Langholm, and John Thomson, who is involved in both the agricultural and auctioneering sectors.

Afterwards David Mundell, who made an official visit to New Zealand last year, said he was delighted to invite the agricultural trade envoy to his constituency.

He said: "Mike was very interested to see how sheep farming works in our upland areas and their is no better exponent and advocate than Lorraine Luescher.

"It has been a very well informed discussion also bringing in John Thomson and Jim Robertson. We covered the issues facing the industry -- not just the threats but the opportunities too.

"Although there are significant differences in the way the industry operates in the two countries, there are many things in common. We can both learn from each other.

"One clear conclusion was that the market is constantly changing and that the relationship with the consumer was ultimately the key."

He added: "It is important the high quality product being produced in these hills is something consumers are aware of and can appreciate."

Mr Petersen, a trade envoy for five years who is also visiting the Scottish Parliament, said: "I think New Zealand has a lot in common with Scotland and I think we have a lot to learn from each other.

"It's been a fascinating visit. We don't have all the answers in New Zealand but we are certainly keen to work together wherever we can to progress the industry in both countries.

"There is a nervousness around the future of farming in the UK with uncertainties surrounding Brexit.  However, as an industry we should be mindful of the opportunities and the growth in demand for what we produce worldwide."

Mr Petersen predicted increased demand in global markets due to a number of factors, most recently a challenging outbreak of African Swine Fever in China, which could reduce global meat availability.

He added: "Demand for protein foods, which are ethically produced, have a proud heritage and are from a good environment will be attractive to a growing number of consumers."

The Meggat Water Valley, although now sparsely populated, once had a thriving community including the long-abandoned village of Jamestown, once home to 40 miners and their families.

They worked in the near-by Louisa antimony underground mine and a schoolhouse, built for the miners' children, is now a Megdale holiday home.

The valley was also birthplace of famous engineer Thomas Telford, site of prehistoric settlements, medieval and later farmsteads and is rich in wildlife.