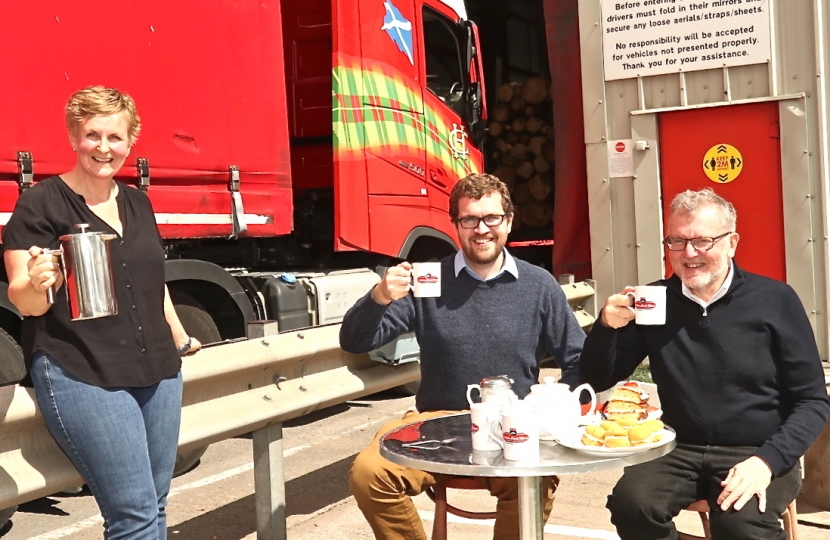 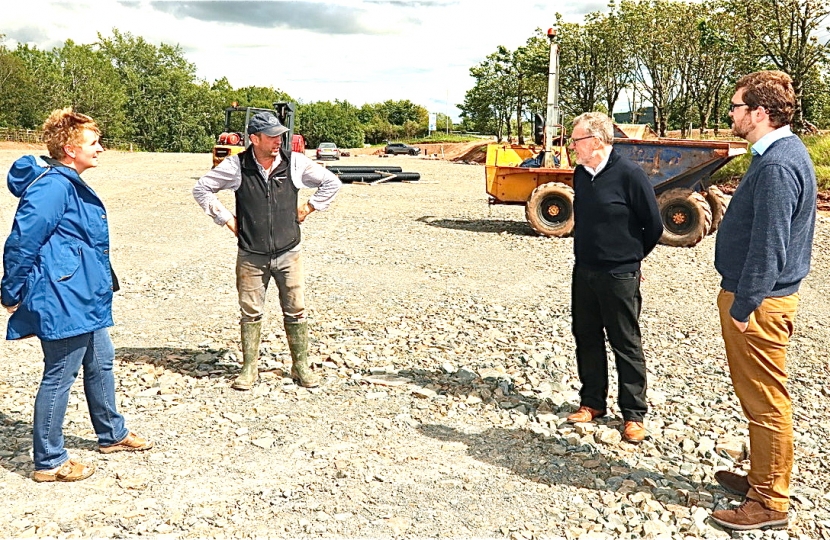 EXPANDING Dumfriesshire company, Eardley International, have been praised for their friendship and support for lorry drivers during the Covid-19 lockdown.

Husband and wife Graham Eardley and Mhairi Harvey, who operate the busy Ecclefechan transport hub, were determined not to let their lorry driver customers down as they took a break from their essential work.

Restrictions prevented the couple from keeping the indoor cafe premises open but they ensured lorry drivers could have hot drinks and meals served outside or for them to eat in their cabs.

Staff at the truckstop received widespread praise on social media for their efforts to ensure the hard-pressed lorry drivers were made as comfortable as possible during rest breaks.

Graham said: "The HGV drivers were amongst the unsung heroes of lockdown. They literary kept the country going and, especially during the early days of restrictions, we did not think enough was being done UK-wide to support them."

The couple enlisted the help of Dumfriesshire constituency MSP Oliver Mundell to highlight the plight of drivers.

He and his father, local MP David Mundell toured the 12-acre site this week to personally thank Graham, Mhairi and the rest of the 15-strong workforce.

Oliver Mundell said: "The truckstop at Ecclefechan provided a vital service during an extremely challenging period.

"Lorry drivers were doing work of national importance and yet describe encountering difficulty in accessing some of the basic services they needed during rest periods because of the number of facilities closed around the country."

The Truckstop site, near junction 19 on the M74, includes a lorry fuel station, truckwash, cafe, rest area, showers, TV room and wifi as well as being base for Graham and Mhairi's refrigerated lorry haulage business which specialises in conveying meat to mainland Europe.

Several other transport operators, employing around 150 staff, also use parts of the Ecclefechan site, which has a wind turbine at its heart, and the couple are currently using the remaining land to develop an additional secure lorry park.

The 'fechan Diner was reopened indoors on Wednesday with limited seating when the Scottish Government further eased restrictions.

A number of constituents have contacted me about reports surrounding voting on the Trade Bill which took place in the House of Commons on Monday 20 July. I would like to take this opportunity to clarify this matter.