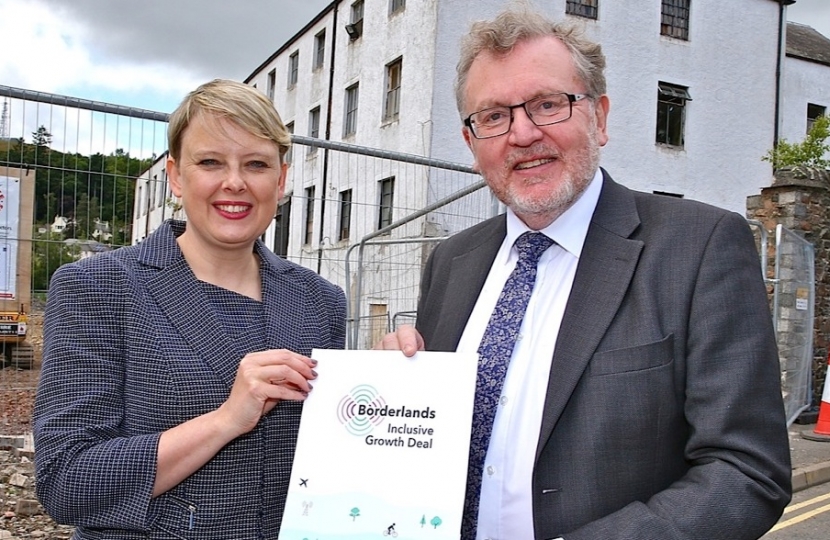 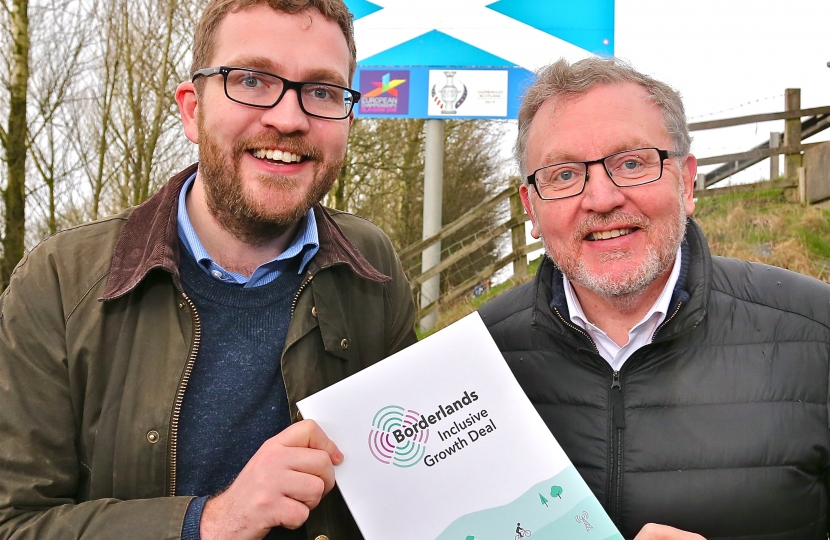 THE FINAL sign-off of the Borderlands Growth Deal has been warmly welcomed by local MP from Dumfriesshire, Clydesdale and Tweeddale.

David Mundell has hailed the official launch of the massive 10-year investment package as 'a game-changer.'

He joined the virtual ceremony on Thursday morning (March 18, 2021) when representatives of the UK and Scottish Government, who funded the deal, were joined by others from the five partner local authorities, including Scottish Borders Council.

Mr Mundell, a staunch supporter of the initiative, helped take the unique cross-border regeneration scheme forward from conception whilst serving as Scottish Secretary.

After witnessing the Covid-secure signing ceremony as part of a video link-up, Mr Mundell said: "This milestone marks a big opportunity for the Dumfriesshire and Tweeddale areas of my constituency and shows what can be achieved when our two governments work together, along with the local authorities on both sides of the border. It is a real game-changer.

"I'm particularly pleased that one of the key projects will be to invest £19 million towards the creation of a mountain biking innovation centre at Innerleithen, one of the first of its kind in the world.

"Also, conditional funding of £15 million from Borderlands is poised to help deliver quality jobs through the creation of a Chapelcross Green Energy Park, near Annan.

"A further £8 million of Borderlands funding has been earmarked for a Centre of Dairy Innovation at Scotland's Rural College's Barony campus at Parkgate.

"This will fit in well with the already growing interest in mountain bike tourism in the area and should have a positive knock-on effect for some of the many local businesses in the sector which have suffered so badly due to the pandemic lockdowns.

"Funding a for feasibility study into a Borders Railway extension south-west to Carlisle, as well as general infrastructure improvements, should also create opportunities for my constituents, as will developments in close-by Borderlands areas -- Dumfries and Galloway, Cumbria and Northumberland."