Whisky message must go to Trump 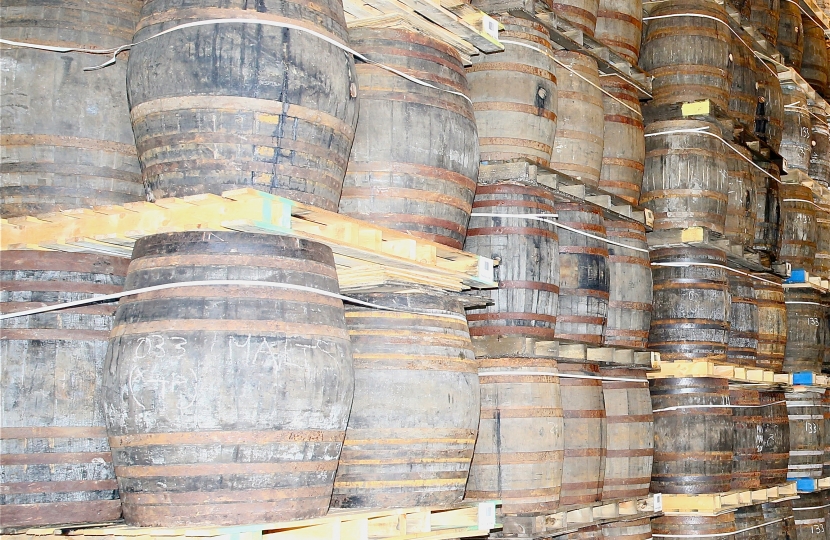 I HAVE urged the Government to highlight the damaging impact of a pending 25-per-cent whisky tariff by the United States on our iconic Scottish industry directly with President Trump himself.

As part of a long-running trade dispute about alleged past state aid to the EU aviation industry, the US is to target single-malt Scotch whisky and a range of other quality European products they import.

I raised an urgent question in the House of Commons recently about the issue and pointed out the Scotch industry's US exports amount to an incredible £1 billion turnover annually.

When I formally greeted Donald Trump last year as Scottish Secretary, he enthused to me about how much Scotland meant to him personally and I believe the Prime Minister should raise this urgent issue with the President during one of their regular conversations.

If the US tariffs on whisky cannot be reversed it is important this vital industry is supported on the domestic market, such at the very least a further freeze on spirit excise duty at the next Budget.

Whisky distilling, maturing and blending are an important employer and exporter in the south of Scotland, including in my constituency.

It is a sector that also encourages domestic and overseas tourism, one good example being the fantastic restoration that has been carried out at the successful Annandale Distillery on the northern outskirts of Annan.

Staying together in our United Kingdom

THERE were no surprises at the SNP's conference in Aberdeen this week with the party's obsession on breaking up our United Kingdom again topping the agenda.

The fact is we had an independence referendum in 2014 which we were told would be a once-in-a-generation event.

In that referendum we voted decisively to stay in the United Kingdom, especially in this part of Scotland.

Nicola Sturgeon signed an agreement to respect the result of that referendum, but virtually from the day after has been banging on about another vote rather than focussing on the key domestic issues, like health and education, that as First Minister, she should be.

So, there will be no agreement from the UK Government, unless its headed up by Jeremy Corbyn, to hold a second independence referendum next year.

Taken from my column in the Southern Reporter